Apple Talking of Returning to US Amid Trump Policy Statements

Millions of workers are ‘bound’ by non-binding contracts 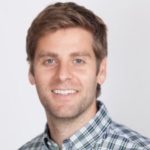 Internet sharing and discussion website 4chan, widely noted for it’s uncensored content which is often considered offensive to various groups, is going broke and is exploring ways to keep going.

Another solution on the table is funding by rich people who appreciate the site, such as Martin Shkreli of pharmaceutical fame, and in the past Minecraft founder Marcus “Notch” Persson.

These are solutions being considered just to keep 4chan running. Like most websites, it funds itself through advertising. However, advertising does not work well on the site, given the nature of the content.