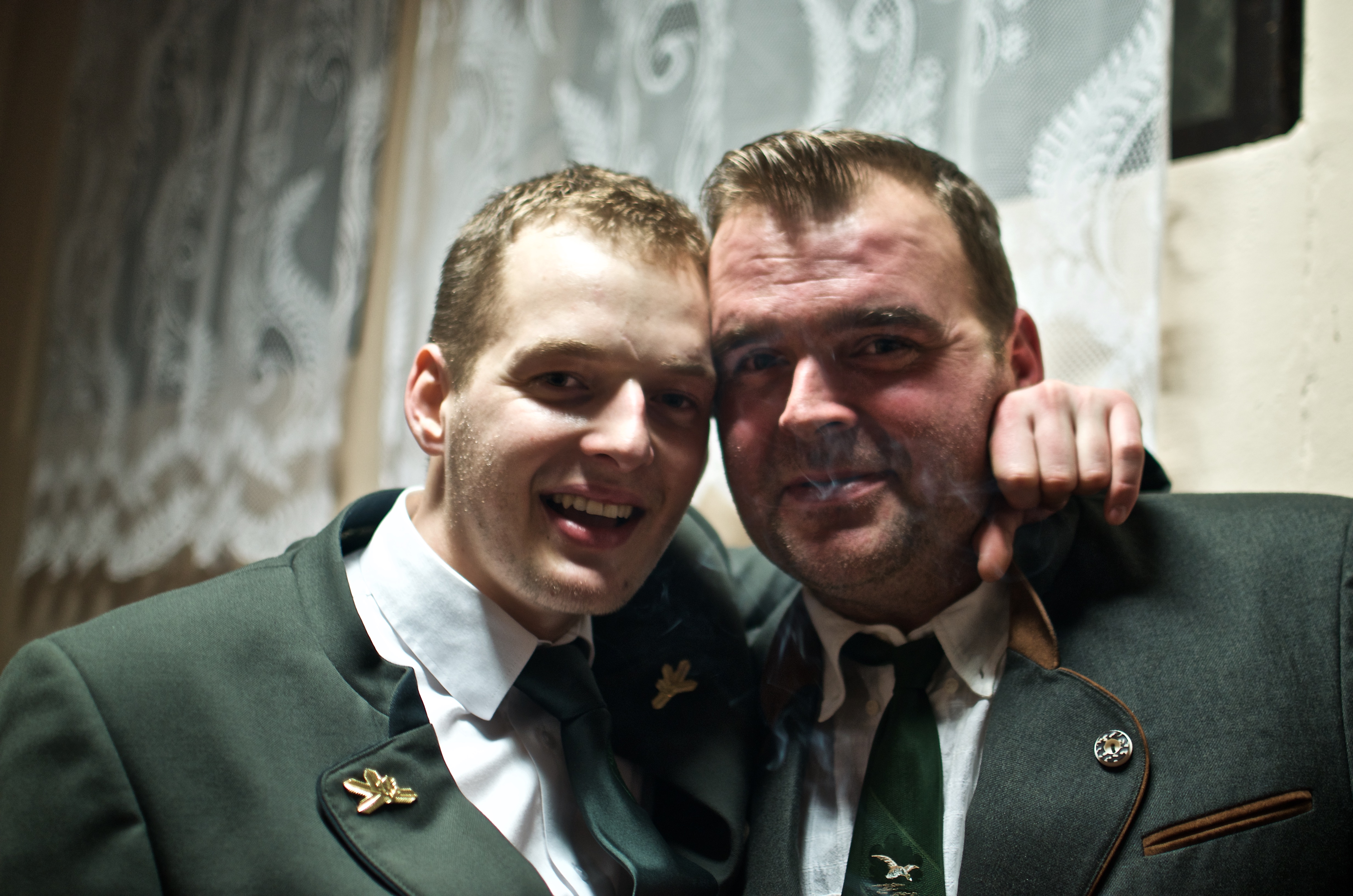 “Our function at the hunting club is a mission. We don’t do it so that can go into nature to shoot or get drunk. We support nature and hunting, and we do it out of love.” These are the words of the president of the hunting association, Humberk Ivo Hrzán. He has managed the association for several years. His grandfather was the founder, and he continues the family tradition. He maintains the themes and basic rules of hunting, and gets these into people’s consciousnesses — man’s relationship with nature, with the environment. He develops the tradition that has been here since time immemorial. Hunting is part of the cultural heritage of the Czech Republic.

Annually, the Humberk Hunting Association organizes a unique ball during the height of winter. The preparations are not easy and it takes a lot of time.

It is necessary to obtain a suitable space and give it that original look so typical for a hunting ball. The animals for the main raffle have already been caught. They mainly come from semi-wild herds and domestic breeding. They pull them out from freezers just before the ball. They must do up the fur so the look will be perfect. Tickets are sold out within two days.

The hall of the cultural house in Keblice is bursting at the seams. Here could be about 250 people. We all know each other; it’s one big family. People from the surrounding villages are coming so they can sit down their tables. In the vestibule at the entrance there are exposed animals, the main prizes of the raffle. People just entering are buying tickets. The long tables are placed around the perimeter of the main hall, each with at least 20 seats. And at each a particular family, relatives and acquaintances.

The families prepare snacks by themselves. It is customary to bring sandwiched plates, savouries, pies and chips. There is no exception — they bring their own alcohol. The plastic bags all around are filled with bottles of alcohol.

Of course, the association has also brought in the service of the young girls from the local taproom to take care and serve in the hall. They mostly distribute draft beer and bottles of wine.

The hired band provides the entertainment. They play classic Czech songs which are typical for dancing the polka and the waltz. In the evening they switch to Czech disco hits.

When the president of the association officially launches the prom, the fun begins in full swing. The first dance is dedicated to the gamekeepers, then the dance floor is filled by other couples. After four, five songs the band stops playing and takes a brief pause. It is the right time for fortification. The majority of the people go to the bar where they order shots. Vodka, plum brandy, rum, green flowing. And then back on the floor. That’s how it goes on all night.

The highlight is the announcement of the raffle, for which all eagerly await. Everyone wins. All participants shift to the vestibule, where prizes are distributed. The queue is endless. The game meat is the top prize. The wild boars, deer and hares lie in a row, ducks and pheasants hang on poles, and the back shelves are stacked with lesser prizes — calendars, cakes, plastic bottles for drinking, buckets, containers with cabbage, sacks of potatoes.

Everyone waits to see what was actually won. Some women bravely take away the dead boar. Where can it be put? Straight into the trunk of a car or brought to their tables.

During the night the hall is filling with the winnings. The deer are under the table, the pheasants are hung on chairs. The band plays for their lives, the first renegades fall asleep in their chairs. The entertainment does not end. Approaching the morning, around five O’clock, 60 people are still in the hall.

The ball has been a success. People were again together after a year, talking about their everyday affairs, who had died, who had moved, who had a child. Everything under the banner of the hunting club, which organizes and sponsors the whole event. It is one of the activities that brings them close. The hunting balls are an integral part of cultural life in the villages. Like hunting. In our country it is a matter of tradition, service and mission. The gamekeeper is someone who makes decisions about life and death; he becomes morally elevated. The hunter can kill animals; not to torment them, he is obliged to take care of them and protect them. And this mission spreads among ordinary people…

3D Printing Against Daesh: “We Will Recreate What ISIS Destroyed”
How to Incorporate a Business in Canada
Watch A Visual Representation Of The Earth Rotating In Space
Canada From Space
Watch Earth Live From The International Space Station