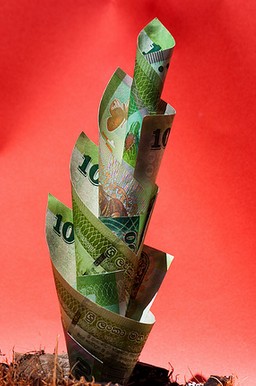 Foreign investment is a hot topic at the moment. The idea mostly, in the current climate, invokes criticism and anger, such as the recent Guardian opinion piece that lamented the selling off of British and London infrastructure to foreign investors. To compound this, there has been general ill feeling from some quarters due to a view that European, and particularly British, condemnation of the conflict in the Ukraine and Russian aggression has been diluted by the noueau-riche Russians investing and blowing their money across London and other trendy cities.

Nevertheless, foreign investment is capable of garnering some positive headlines with the case of Sri Lanka. Understandably, Sri Lanka does not immediately jump to mind when you are trying to think of where best to spend your money. While it is difficult to compare the post-civil war situation across different countries, it is generally true that institutions weakened by war usually do not have the capacity to handle investments. The economy of Northern Ireland, after a significant period of general peace and stability, is weak. This is partly due to much of the political focus being on identity and violence rather than the economy. So why is Sri Lanka different?

One easy example is that of tourism. A long civil war deterred tourists from flocking to the region and so its rich natural beauty and its breath-taking array of flora and fauna was never truly tapped into. This is now changing. It is also on the door step of India so Sri Lanka can be an attractive pit stop for westerners touring the region. This has a follow on for infrastructure and, as well, Sri Lanka has a view on the long-term as it tries, backed by Chinese money, to become a maritime hub in the region.

Sri Lanka’s proximity to India is another boon because India is enjoying the fruits of heavy foreign investment itself and India has a good trade policy with Sri Lanka. Sri Lanka and India are both under stable governments and, thus, there is time and energy to direct towards improving their respective economies without the disraction of a destabilizing civil war in the region.

In addition to the analysis from Forbes, CNBC called Sri Lanka the ‘darling’ of investors as the economy continues to grow and inflation continues to decrease. The economy grew by 8 percent last year.

HSBC are another group who are not entirely convinced by Sri Lanka’s economy, citing an over dependence on foreign fuel and a lack of consumer spending as reasons for remaining doubtful.

Overall, Sri Lanka is a place remarkable for its readiness for investment and for the stability of its government. There are obvious problems which persist but, with elections on the way, Sri Lanka can epitomize how foreign investment can be a good and positive thing at a time when this concept of  is receiving a lot of bad press around the world.