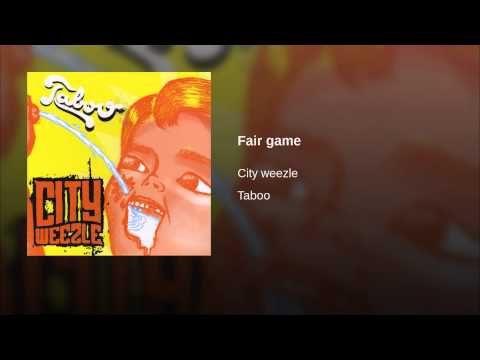 Simon Fleury is a creative man. Simon Fleury is a well-travelled man. Simon Fleury has a lot of interesting things to say. Simon Fleury. It’s a name you should write down now. But you won’t. After this interview, you will. It’s an interview that transports itself from the streets of Cork to the metropolis of Paris, via the bass guitar and drums of Japan. He is a busker, band leader, and a bright light in the Irish music scene. This ex-bohemian (he lived in France) has released a critically acclaimed album with a band of international musicians. It’s a safe bet that Simon, with his band City Weezle, will get bigger and bigger. And you’ll need that name.

Simon hails from Tipperary but he divides his time between his hometown and Cork, the second city in Ireland. Cork is steeped in a grand musical tradition, with guitarist Rory Gallagher finding a home in the imagination of musicians throughout Europe, while bands such as Fred and the Frank & Walters provoke an intense local following. I ask Simon about the Irish music scene. He has mixed things to say. ‘Rural Ireland is dying out’, he tells me. The attributes this, in part, to the economic recession that impacted Irish life, as it has in Europe, over the last few years.  Bars are ‘getting squeezed a bit’ and Simon has seen places where he has done gig close down. He remains hopeful, though, and believes that ‘things change but they never disappear’.

Things were different in Paris. For a start, he wasn’t a professional musician over there, though he did busk, and ‘the music market was quite different’. He adds that ‘rap is massive in France. In Ireland, it’s more rock music while in France, for example, they don’t have a tradition of country music’. Simon sees Germany as being more similar to Ireland, as guitar based music and rock is more common there.

I always wonder if people abroad see themselves as ambassadors for their countries. Simon answers quickly, as he does throughout the interview. I imagine that he is an artist that always has a keen sense of his surroundings. He says that ‘I never saw it as my role to advertise Irish music. I mean, a lot of people in France have heard of Rory Gallagher’. His answer tallies with my experiences too. In Barcelona, rockers and aficionados of guitar riffs celebrate the Corkonian, a man that even Jimmy Hendrix defers to as the greatest guitarist that ever lived.

Another experience that strikes a register is a shared understanding of what being Irish means: ‘being Irish is an advantage when travelling. It opens a lot of doors as people generally react positively to you if you are Irish’.

Though it’s an advantage, this Irishman came home. ‘Ireland, and Cork, is my home. I identify with it because I love the vibe, the scene. I’m quite happy here’. He emphasises the point by concluding, ‘I could never live in a metropolis’ because people are less friendly and personal space is lacking. ‘You can make good music anywhere’, is his belief, but it’s better to do it in a place that makes you happy.

‘The best part of music is performing and connecting with an audience’. What is more, Simon finds creating music to be ‘invigorating’. Simon plays covers of songs he likes on the street but he really enjoys putting chords together and producing a song. It all started with listening to bands likes Nirvana when he was younger, and then trying to compose something influenced by those bands.

As the frontman for City Weezle, he has an opportunity to perform, connect, and write. The band started in Paris in 2005. After doing the underground circuit, they released a critically acclaimed album in 2010. Things were about to kick off for the band but their Japanese drummer had to go back to Japan. There were a few line-up changes and the replacements weren’t ‘up to scratch’. In 2012, City Weezle released the Lysergik Tea Party EP. It was released, in part, to send the message that the band would be back. Even though not all the band were in the same place, the EP had the familiar line-up with the Japanese drummer and bass guitarist, Ai and Kengo respectively, Frenchman Sach Yordanoff on guitar, and with Simon on vocals and guitar.

Simon is making plans for the release of a new City Weezle album. He recorded it in a modern studio that was recommended to him by his friend, Steven McGrath. He plays in Crow Black Chicken and the band reached #5 in the Irish charts. He wants to put together ‘interesting gigs’ so the internatonal bandmates can be enticed to Ireland. Simon envisages a future for the band ‘where it pays for itself’ and where they can continue to produce and perform their music.

City Weezle & Where to Find Them

The interview finishes but Simon’s answers have provoked more questions. His rich musical life and plans for the future are impressive and he speaks with a passion that makes the listener want to know more.

If you want to find out more, you can find the band on YouTube, while you can find their EP here. Simon can be seen busking around Cork, particularly on Oliver Plunkett Street. He also does gigs at different venues in Cork and Tipperary. City Weezle are preparing for the release of their new album, so stay tuned for news about its release. The street where he usually busks, Oliver Plunkett St., has just been named the best street in Europe, so why not take an amble down one of Cork’s main arteries to take in the sights and the sound of Simon busking.

If you like your music to be a fusion between rock, jazz, and soul, then City Weezle will satisfy the musical bones in your body.