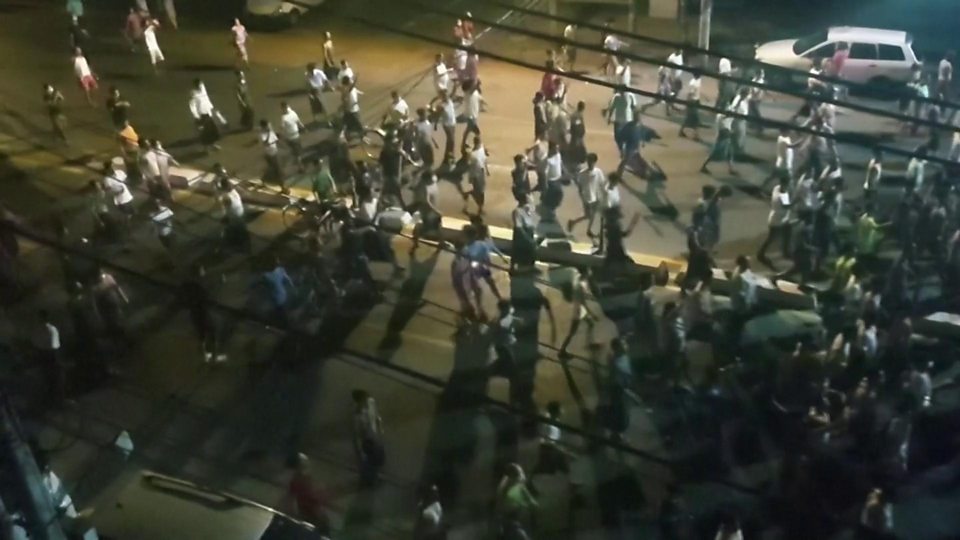 YANGON, Myanmar – In Myanmar internet service has not been available between 1am and 9am every day since the military seized power from the democratically-elected government and declared a 1-year state of emergency. The military imposed a curfew and the combined force, including military and police, has been arresting the main individuals involved in the National League for Democracy party and its supporters during the night since February first. According to a local source, more than 500 people have been arrested so far.

Nightly, the people in Yangon bang on pots and pans at 8pm to demonstrate their anti-coup sentiments and they are taking measures for their own security in their neighborhoods. In some areas, the local people have confronted the security forces which has resulted in incidents of violence between the two opposing groups.

The NLD party was the most popular party in mainland Myanmar, winning the 2021 election by a landslide. The election earned the NLD 65% of the seats in parliament, notably excluding 25% reserved for unelected military representatives. Aung San Suu Kyi , the chairman of the NLD, is widely considered to be the most popular leader among Burmese people.