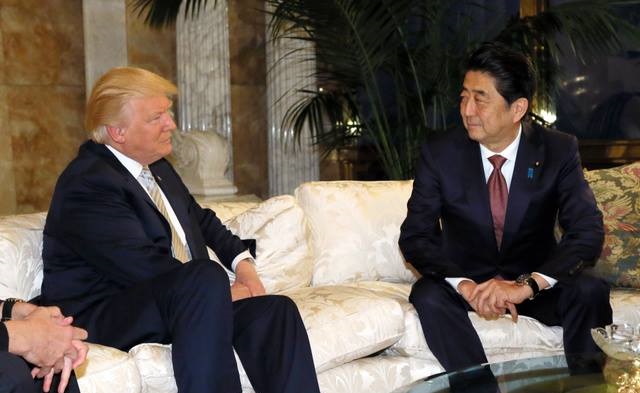 In Donald Trump’s first meeting with a world leader since being elected, Japanese Prime Minister Shinzo Abe said that he was “convinced that Mr. Trump is a leader in whom I can have confidence.”

It is not unusual for a president elect to meet with foreign leaders before taking over the role of president — Barack Obama also did this. The meetings are not ones in which international deals are usually made. They are more meet-and-greets in preparation for later dealings.

In the past, Trump has made statements viewed by Japan both as beneficial and harmful to the island nation. On the one hand, Trump said he might remove some U.S. troops from Japan if Japan didn’t pay a bigger share of defense upkeep; on the other, Trump said it might be better if Japan had it’s own military, including nuclear weapons, since it had unfriendly military powers nearby, such as North Korea.

Abe said he wanted to “build trust” with Trump, and ensure the long-standing alliance between the two countries, which Abe said was of primary importance for Japan.

During the presidential race, Abe supported Democratic candidate Hillary Clinton, and Japan is strongly in favor of the Trans Pacific Partnership.