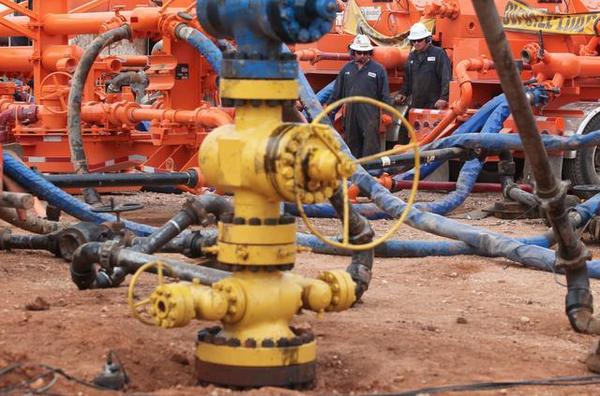 Local communities have the power to use local zoning laws to ban heavy industry, such as oil and gas production and fracking, according to New York’s Court of Appeals Monday. The state’s highest court ruled in a 5-2 decision that the towns of Dryden and Middlefield could ban such industry within municipal borders.

“Today the Court stood with the people of Dryden and the people of New York to protect their right to self determination,” said Dryden Deputy Supervisor Jason Leifer. “It is clear that people, not corporations, have the right to decide how their community develops.”

The ruling effects more than just Dryden and Middlefield. More than 170 New York municipalities and many communities in Colorado, Ohio, Texas, New Mexico, Florida, North Carolina, Pennsylvania and California have passed or are attempting to pass measures against fracking, and the ruling is considered to significantly empower those citizens to establish bans or moratoriums on unwanted industry.

Read more: One Little US Town Is Showing the World How a Small Community Can Stand Up to Big Oil and Gas and Stop Fracking

“Heavy industry has never been allowed in our small farming town and three years ago, we decided that fracking was no exception,” said Dryden Town Supervisor Mary Ann Sumner. “The oil and gas industry tried to bully us into backing down, but we took our fight all the way to New York’s highest court. And today we won.”

Communities have faced daunting odds in their attempts to assert self determination when industry interests are at stake.

“This decision by the Court of Appeals has settled the matter once and for all across New York State and has sent a firm message to the oil and gas industry,” said Deborah Goldberg, managing attorney at Earthjustice, who worked on the case. “For too long the oil and gas industry has intimidated and abused people, expecting to get away with it. That behavior is finally coming back to haunt them, as communities across the country stand up and say ‘no more.’ Earthjustice is proud to have stood with, and fought on behalf of, one such community.”

“Town by town, New Yorkers have taken a stand against fracking. Today’s victory confirms that each of these towns is on firm legal ground,” said Helen Slottje, an Ithaca-based attorney whose legal research inspired New York’s fracking ban. “The oil and gas industry tried to take away a fundamental right that pre-dates even the Declaration of Independence: the right of municipalities to regulate local land use. But they failed. The anti-fracking measures passed by Dryden, Middlefield and dozens of other New York municipalities are fully enforceable.”

Read more: New York Votes to Not Drill or Frack

Dryden began its organized opposition to oil and gas projects in 2009 when it began to learn about the technique the companies planned to use to extract oil and gas–fracking. Dryen residents organized under the Dryden Resource Awareness Coalition (DRAC) and convinved the town board to prohibit oil and gas development activities, including fracking.

An interested oil and gas company sued the town weeks later. Dryden argued that they had the right to make local land use decisions under the provisions of the New York State Constitution, including where oil and gas interests were involved. In 2012, a trial court agreed, and a mid-level appeals court also found for the residents in 2013.

“Today’s ruling shows all of America that a committed group of citizens and public officials can stand together against fearful odds and successfully defend their homes, their way of life and the environment against those who would harm them all in the name of profit,” said Leifer.

Dryden – The Small Town that Changed the Fracking Game