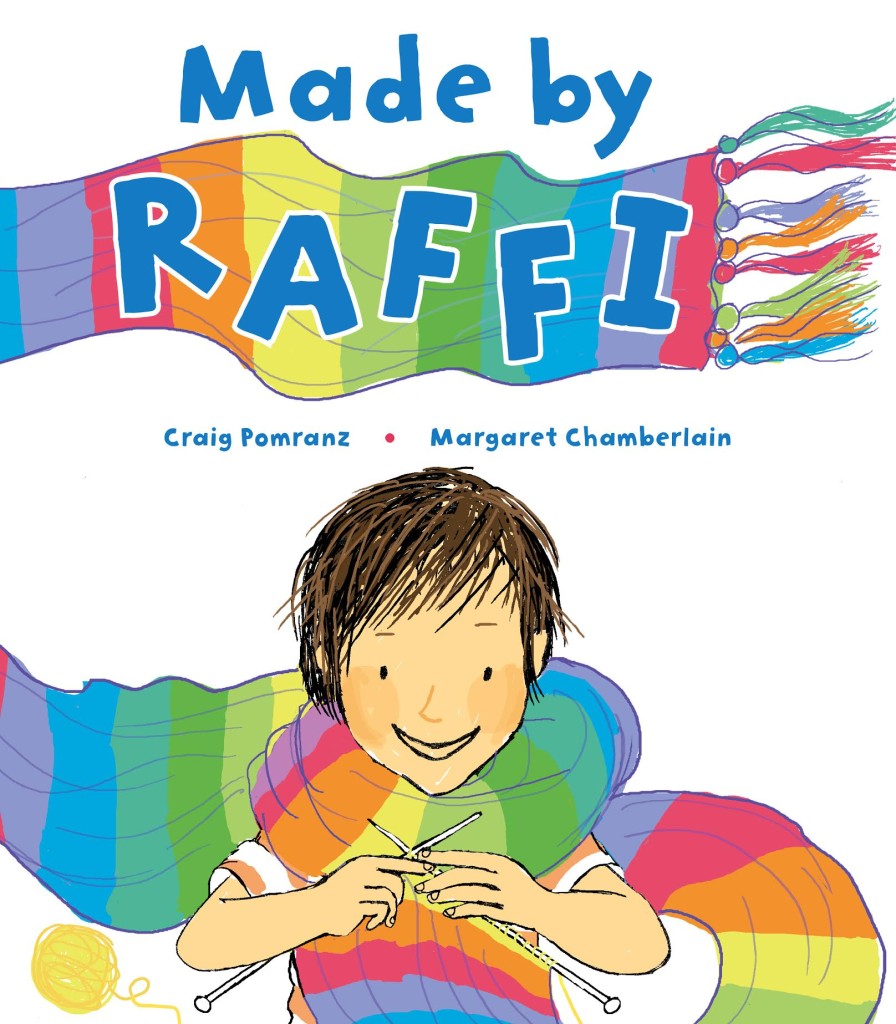 “Made By Raffi” is a children’s book, by Craig Pomranz, inspired by a true-life incident, about a boy who is bullied by his classmates for being different and who becomes a hero for his skills, which are traditionally feminine. The nontraditional theme puts the book into a somewhat narrow classification.

What may come as a surprise is that the book was just published in Mandarin and in Korea. Moreover, a publisher in Turkey has expressed interest. In contrast, Southern U.S. newspapers have been reluctant to promote the book in southern Texas and Louisiana, saying that they felt it would not be accepted by the public.

What makes this book acceptable and potentially acceptable in former Communist and developing dictatorship regimes, and at the same time, not considered an option in a Democracy such as the U.S.? Some publishers have wondered if Raffi’s nontraditional gender role and the rainbow on the front cover of the book symbolize something more about his difference, hinting at him possibly being gay. That question is not answered.

The book initially focuses on the “normalcy” of Raffi’s life, showing his relationship with his mother, father and dog. It goes on to describe that he feels apart from other children, uncomfortable with loud interactions and horseplay, and content to sit quietly alone during recess.

However, Raffi questions his difference, asking why that might be. He then finds meaning in his separateness when a teacher teaches him how to knit as the other kids are playing on the playground. Raffi’s parents are very supportive of his interest, giving him the tools he needs to succeed.

Initially Raffi is teased by classmates for nontraditional gender expression. But in a turn of events, Raffi becomes a hero for his class when his fine motor skills of knitting – and sewing – are needed for design of a prop for the class play.

“Made by Raffi” has been published worldwide in seven languages and distributed in ten countries – in England, Australia, the U.S., Norway, Denmark, Italy, Taiwan, Korea, Belgium, and the Netherlands. The book has received accolades for promotion of appreciation across differences, beginning with the very young. According to Pomranz, his publicists “are always looking to find publishers around the world – those who will help to promote the book and its nontraditional theme.

“A publisher in Turkey loves ‘Made by Raffi,’ but said ‘The concept of childhood gender nonconformity is not a popular subject in Turkey.’” Nevertheless, he said he was passing it on to another publisher he thought might be doing more controversial books. In Taiwan, the focus became encouraging children to develop their interests. They added some activity pages towards this aim.

It should be noted that the book was published in Taiwan – not Mainland China – and in South Korea – not the North. North Korea was the subject of a report by the United Nations last year, which claimed that the Republic’s actions towards its citizens were comparable to those of the Nazi regime. At the time, China – North Korea’s closest ally – told the U.N. to “mind its own business.” Still, South Korea is a traditional and homogeneous society, and acceptance of Made by Raffi indicates a wind change, even if ever so slight.

Contemplation of the book’s publication in Turkey is significant in contrast to last year’s ban on the use of Twitter in that country. That prohibition brought a statement by the U.S. State Department about book burnings during the Nazi regime and the increasing isolation of Turkey. At that time, Turkish lawyers stated that this block was against the law and a direct confrontation against freedom of speech.

A question is raised as to whether southern Texas will have a change of heart regarding publicizing “Made by Raffi.” This is because Texas has lately seen a change on matters regarding gender and traditional roles. Known for its conservatism, Texas in 2005 approved a constitutional amendment against same-sex marriage. The amendment campaign included a rally by Ku Klux Klan members. The decision was made by 76 percent of 17 percent statewide voter turnout. The result was reversed last year by a federal judge, stating that disallowing gays and lesbians to marry discredits their relationships.

“Made by Raffi” is a heartwarming tale of accepting differences. Despite its nontraditional theme, the book is gaining support in unlikely places for publication throughout the world. Perhaps the acceptance of Raffi’s interests – by his teacher, his parents, and eventually, his classmates and teacher – help to normalize nontraditional gender roles for children, and this is contributes to its universal appeal.