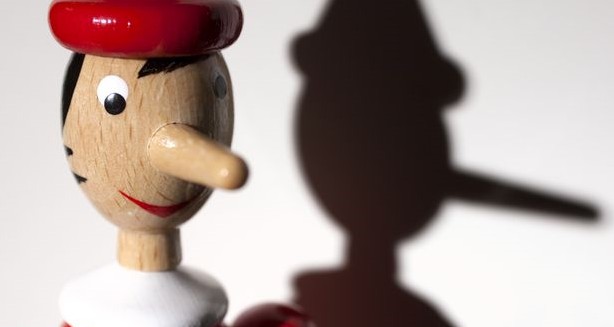 Threatening children does not promote truth-telling, according to research by McGill University scientists. In fact, using threats of punishment can have the opposite effect.

“Children often lie to try to avoid getting in trouble–especially when they have done something wrong,”  Victoria Talwar, professor of educational and counseling psychology at McGill University and lead researcher on the report, told The Speaker.

“The bottom line is that punishment does not promote truth-telling,” Talwar said of her findings. “In fact, the threat of punishment can have the reverse effect by reducing the likelihood that children will tell the truth when encouraged to do so. This is useful information for all parents of young children and for the professionals like teachers who work with them and want to encourage young children to be honest.”

The study involved almost 400 children ages 4 through 8, who were each told not to peek at a toy while the researcher went out for a minute. Video cameras recorded that over two-thirds of the children peeked. Around the same amount of children lied about peeking.

“With age children have greater self-regulation/self control,” Talwar said. “We only left the room for a minute. If we had left for longer more children may have peeked. However, this is a common finding in the scientific literature that with age children are have better inhibitory control.”

The research teams findings were what they expected–that the younger the child was, the more likely the reason they told the truth was to please an adult, but that older children more frequently told the truth because they felt it was the right thing to do.

Appeals based on punishment were not found to increase truth-telling. Overall, children were found to be less likely to tell the truth if they were afraid of being punished than either of the other two appeals.

Talway provided  some comments on alternatives to punishment that may be more likely to achieve the effect parents desire.

“What seems to increase honesty is giving children explicit messages about the value of honesty. If we wish to teach children to act in prosocial ways, we need to teach children about those behaviors and why they are important.”

“We need to teach children about the value of being honest,” Talway told us. “When a child does something wrong a natural reaction is to punish their transgression. However, if they tell the truth about it, we can give them some recognition for it. ‘I’m not happy you broke my vase–and you can help me clean it up/fix it/use your pocket money to replace it–but I’m glad you told me the truth.’ If we recognize honesty that is a powerful way to encourage and teach children that honesty is valued.”

The report, “The effects of punishment and appeals for honesty on children’s truth-telling behavior,” was authored by Victoria Talwar, Cindy Arruda, and Sarah Yachison, and was published in the Journal of Experimental Child Psychology.