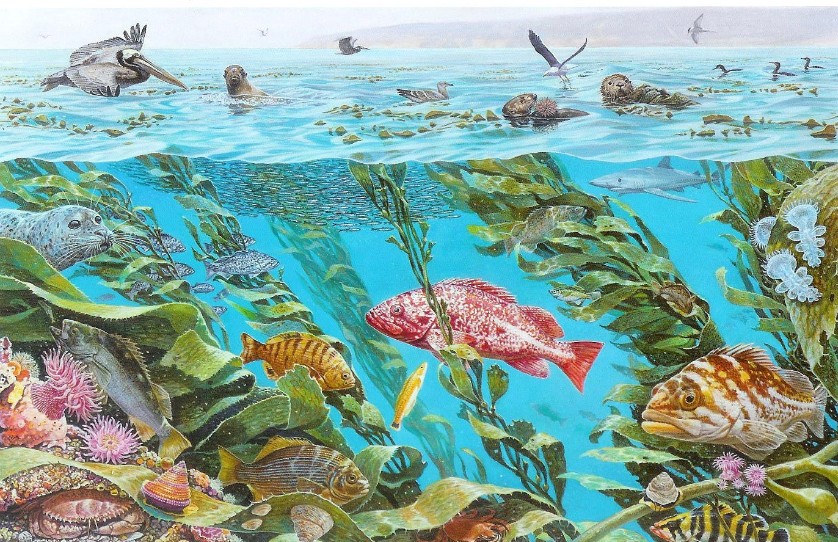 Warmer waters in the north mean less overwinter death and increased growth for cold-blooded fish, so they will benefit from global warming… or so the theory went. New research says that these species may actually suffer more than they benefit, and global warming will end up reducing their populations.

“Even if summer conditions are better for growth under a warmer climate, this may mean little if the number of offspring produced has already been limited by short, warm winters,” Auburn University’s Dr. Troy Farmer told The Speaker.

The research team studied a particular species of northern fish, yellow perch, in Lake Erie, one of North America’s Great Lakes shared between the United States and Canada.

The reason for the yellow perch population reduction, the team found, had to do in large part with reproduction and early development.

A shorter winter, the researchers found, results in a spawn that takes place within warm waters. A warm water spawn is different from a cold water spawn for yellow perch: smaller eggs are produced that hatch at lower rates and produce smaller larvae.

This makes for a new picture of the future cold water fish species, according to Farmer:

“Climate change will likely affect northern fish species in many different ways. As winters get shorter, longer summer growing seasons may benefit some fishes. However, shorter winters may also have negative effects on reproduction, as our study indicates. Understanding which species thrive and which species decline in a warmer climate will require a more complete understanding of how warmer temperatures during both summer and winter influence all aspects of survival, growth, and reproduction. For some fishes, such as our study species, yellow perch, the negative effects of short winters on reproduction may outweigh any positive benefits from a longer growing season.”

Read more: Research Looks at Two Northern Oceans Fish Species, One of Which Has Thrived and One Diminished, to Explain the Future of Biological Species in Global Warming

“Prior to our research, scientists speculated that cool-water fish species like yellow perch would benefit from warmer temperatures associated with climate change. Warmer temperatures would equate to a longer growing season, which could lead to larger fish that survive the winter better or that could produce more eggs or better quality larvae.  But, few studies have speculated on how reproduction might be affected by a change in winter severity or temperature.

“When we looked at long-term monitoring data for yellow perch in Lake Erie, however, we saw just the opposite: short, warm winters were followed by fewer juveniles the following year. The largest cohorts of juvenile fish came after long, cold winters.

“Yellow perch females spawn (or lay their eggs) during the spring, which means any effect of winter temperatures on juvenile production were likely the result of temperature effects on adults during the egg development phase. This phase occurs during winter.

“One potential explanation for this pattern was suggested by previous laboratory research, conducted in the 1970s, which suggested that yellow perch require a certain number of cold days to successfully develop their eggs – but the reasons for this were unknown.”

The teams research involved a simple comparison; they studied yellow perch in both warm and cold water conditions and recorded how the two groups fared.

“We conducted a laboratory experiment in which we exposed half of a group of adult female yellow perch to a short winter and the other half to a long winter. Females exposed to the short winter produced smaller eggs that hatched at lower rates and produced smaller larvae than females exposed to a long winter. This is important because large larvae grow and survive better than small larvae during their first months of life in Lake Erie. These results help explain why short winters were associated with poor years of yellow perch production in Lake Erie.

Farmer also touched upon the complexity of the cold water ecosystem of Lake Erie, and how the diet of fish species like yellow perch might also be affected by warmer waters.

“We also observed another negative effect of warm winters on yellow perch reproduction. When spring arrival was extraordinarily early, yellow perch did not shift their spawning time. Instead, females spawned at the normal time when temperatures were already too warm. Unfortunately, zooplankton (the prey of the yellow perch larvae) might grow in response to warming temperatures, appearing earlier in years with an early spring. Thus, short winters may cause a mismatch in timing between yellow perch larvae and their prey.”

What can we expect then, for ectotherms if their environments continue to suddenly heat up?

“Most temperate ectotherms have highly evolved lifecycles that are tightly coupled to seasonal temperature cycles,” Farmer told us. “As summers grow longer and the duration of cold winter temperatures shrink, this may disrupt the highly evolved lifecycles of ectotherms. In our study species, yellow perch (a cool-water fish), we saw that shorter winters negatively affected egg development and altered the timing of spawning, leading to lower reproductive success.”