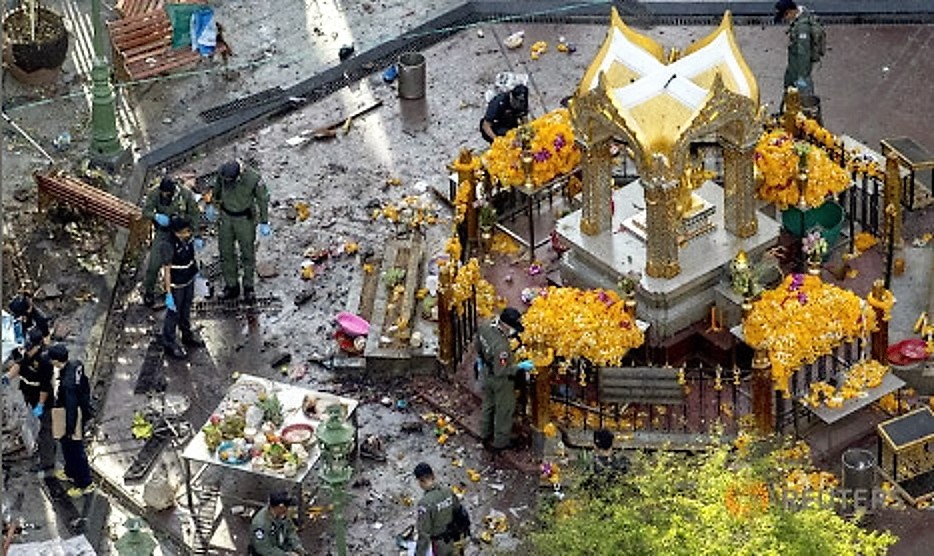 Between Thursday Afternoon and Friday morning, bombs exploded and buildings were set on fire in several cities in Thailand, including Trang, Hua Hin and Phuket.

Rumors are swirling in Thailand about who is behind the attacks, but police have caught one perpetrator who informed them of 11 bombs planted in Hua Hin, reportedly.

So far, three people have died and dozens have been injured by the bombs.

The locations include important tourism areas for Thailand, and many of the victims are foreigners.

August 12 is a national holiday in the country, the queen’s birthday, referred to as “Mother’s Day,” and on August 7 Thais voted in a referendum for a new constitution, signifying what many to consider to be a victory for the country’s military-led government and paving the way for a general election in 2017.

2.30 am: Fire at Lee Mart Department Store in Trang, around Bt100 million in damage.
8.02 am: Two bomb blasts in front of Surat Thani Police Station killed 1 injured many.
8.05 am: Two bomb blasts in Phuket’s Patong Beach many people injured.
8.50 am: Fire at Lotus Department Store in Nakorn Si Thammarat.
9.14 am: The other two bomb blasts at Hua Hin Clock Tower in Prachuap Khiri Khan.
10.00am: Hua Hin Market Village evacuated.
10:05am: Suspicious device found at 19 Rai, close to Hua Hin Immigration office
10.30am: Explosion in Phang Nga, no reports of casualties.
11:10am: Suspicious device found at Hua Hin train station 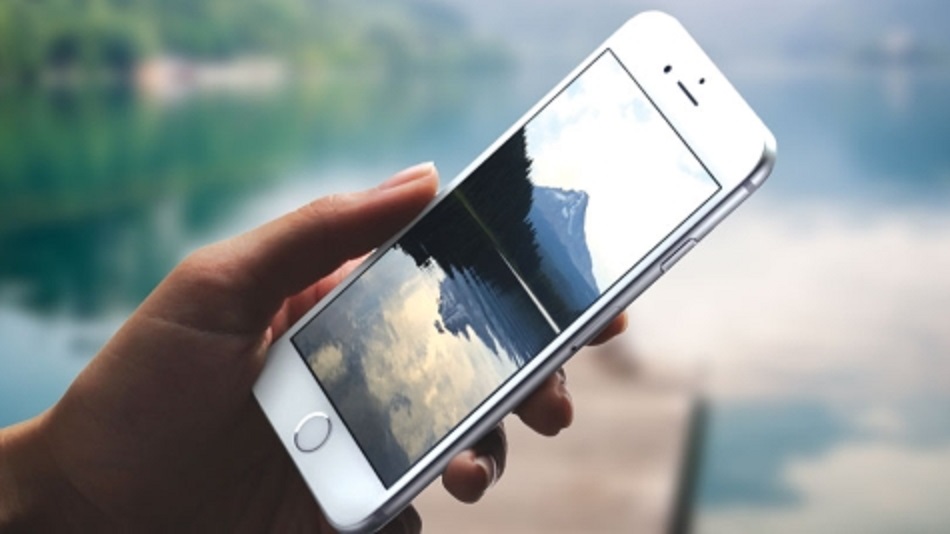 Thailand has been considering tracking tourists with phone technology, and now plans have been approved by the nation’s telecom regulator.

The purpose of the move is to catch visitors who overstay their visa, according to the National Broadcasting and Telecommunications Commission (NBTC), who also considers the technology not to be an invasion of privacy.

Phones for tourists would come with special SIM cards that would have tracking that could not be disabled.

The regulator also made mention of how the tracking could be used on Thai nationals as well, saying it could help police catch criminals on the run, although police would need a warrant in these cases.

The government stated they liked the plan: “It will be helpful, if any foreigner comes and commit crimes, because in the past they have been able to flee or it can be difficult to find them,” said Pongsathorn Chansri, an official in the Ministry of Social Development and Human Security.

Tourists will still be able to use SIMs brought from their own countries and use those, however, said NBTC. 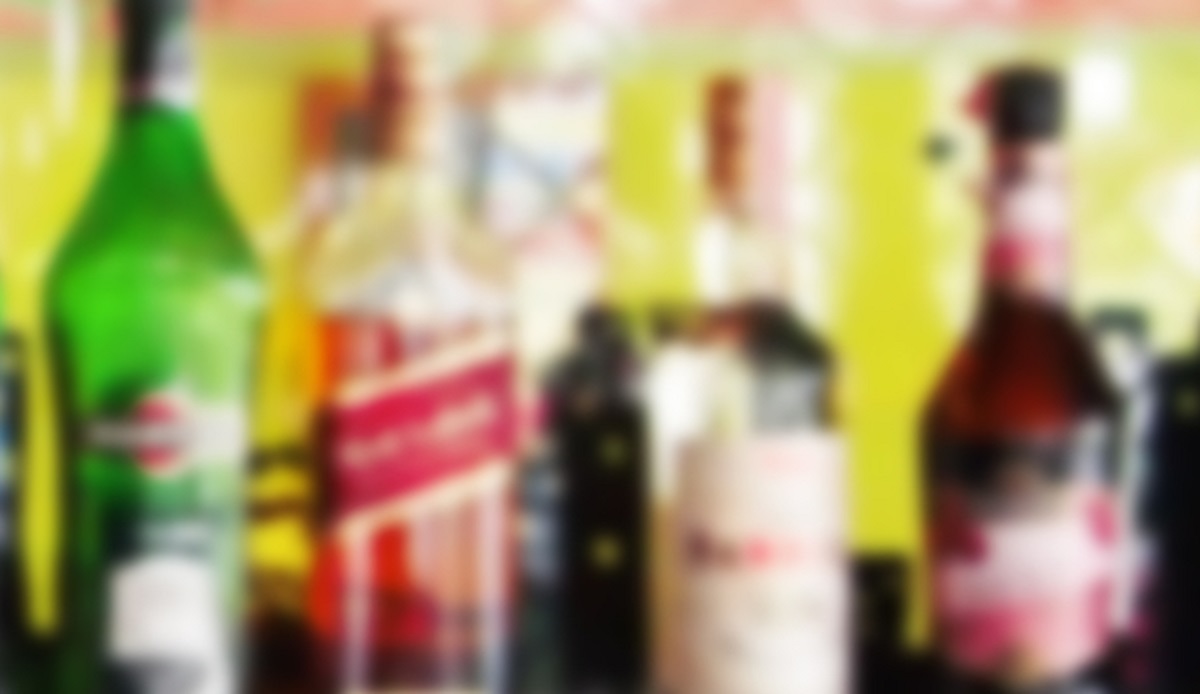 Starting Saturday evening, no alcohol can legally be sold in Thailand, in accordance with the country’s new Referendum Act.

Polling will take place on Sunday, and the act forbids selling or giving away alcohol from 6 P.M.  the night before. The ban will continue until 12 midnight Sunday night.

Violating the 2016 Referendum Act is punishable by up to six months in prison and a 10,000 baht fine.

Sales will be permitted at duty-free stores, but the alcohol cannot be consumed within the country until Monday morning.

The Kingdom of Thailand’s strict stance on illicit drugs is world-famous, but this week the Justice Ministry came out in favor of giving up the current, unsuccessful approach to fighting the war on drugs and instead focusing on more health-oriented policies.

Justice Minister Paiboon Kumchaya told reporters this week that the nationwide problem of methamphetamine use had not been won during its already 28-year campaign. More people than ever are hooked on the drug, he said.

Paiboon said the Justice Minsitry was in the process of consulting relevant agencies about removing methamphetamines — known colloquially as “ya ba” [crazy drug] or “easy” — from the list of narcotic drugs and treating it instead as a normal drug, which would make it easier for Thais to seek health treatment and rehabilitation.

The minister also mentioned that other nations had been changing their drug policy in similar ways in recent years because they could not win a war on drugs by treating use as a crime.

Paiboon proposed an analogy in which an incurably diseased person tries to find a way to live more happily with their disease. In such a case, the person seeks the help of health professionals in addressing the problem.

He also mentioned that Thai society accepts cigarettes and alcohol, although both are arguably more hazardous to health than methamphetamines.

At least seventeen girls aged five to 12 died in a fire in northern Thailand Sunday night.

The fire began at approximately 11:00 p.m. at the girls dormitory of Pitak Kiatwithaya School in Tambon Weng, Wiang Pa Pao district of Chiang Rai province. The school is a private institution for the children of rural hill tribes in the area.

In addition to the seventeen dead, one girl is missing and two are in serious condition. Five girls were rescued.

Preliminary reports of the investigation have it that the doors of the dormitory were locked from the outside, a security measure to prevent theft and keep people from going out after hours. The practice is common in Thailand.

However, according to the testimony of one of the schoolgirls who escaped, she had warned the girls in some rooms after she had got up to go to the bathroom and discovered the fire. The girls didn’t believe her and closed the door on her. Together with other girls and the teacher who sleeps in the dorm with them, she tied cloth together to make a rope and climbed out the window.

The school will be closed for five days.