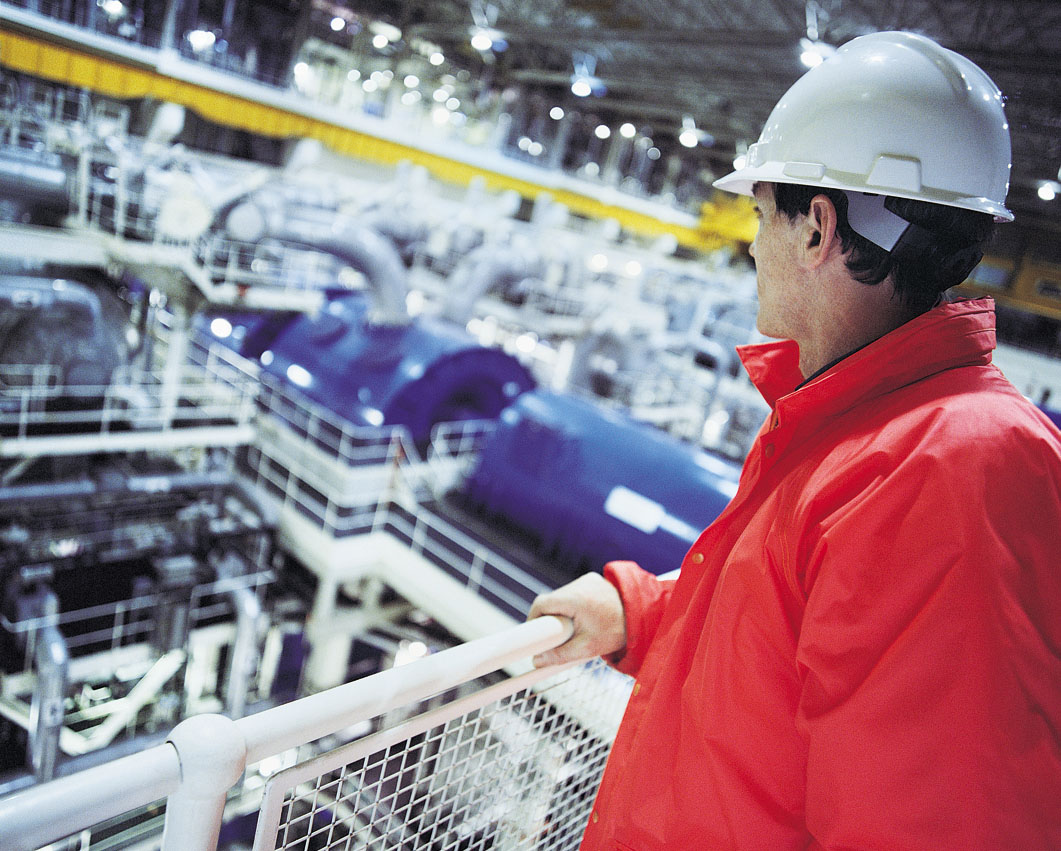 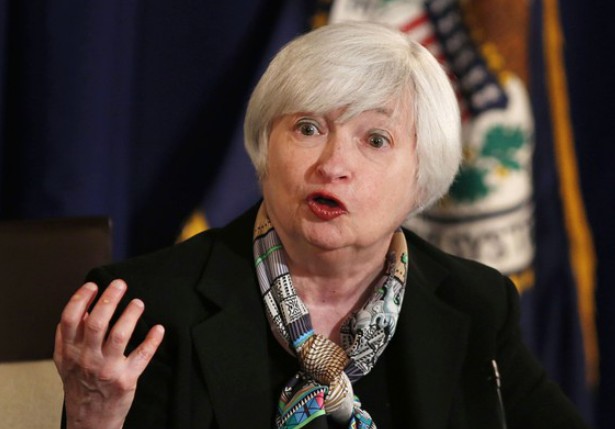 On Wednesday, March 18th, the Federal Reserve released an official statement and held a press conference regarding monetary policy and current economic conditions. In this statement, the Fed projected a decline in its inflation expectation, and revised projected GDP growth downward. These are both signs of a slowing economy, not the accelerating economy required to actually raise interest rates. Janet Yellen reiterated, as she has since October, that the decision to raise rates is entirely data dependent, and not at all based on a specific calendar date. When labor market conditions improve and inflation reaches the targeted 2%, the Fed at that time would consider raising rates. The FOMC’s projections estimate that labor market conditions will improve further to 4.9% unemployment and inflation will edge upward to two percent in the years 2016 and 2017. The inherent difficulty with accepting the future estimate on inflation is the fact that the projection of inflation is an outlier to the trend being established by the incoming data. Consumer Price Index (CPI) Inflation, including food and energy, has been declining since November. The Fed also cut its estimate of PCE inflation from December, for the year 2015. The PCE measure has been falling since October when it was at 1.48%, and current sits at 1.31%. This is a decline of 11% since the Fed finished its bond buying program. The last time PCE was 2% was in March of 2012. If the Fed expects inflation in 2015 to be low, borderline dangerously low by the ideas of some FOMC Board members, then how can the Fed raise rates this year? Especially if raising rates has the effect of lowering inflation even more, then the United States might enter outright deflation. The Federal Reserve has been trying to prevent deflation ever since the financial crisis.

When the Fed put out its statement, it no longer included the word “patient” in regards to when it will raise interest rates. In previous press conferences, Chair Yellen has said that when the Committee elects to remove “patient”, the Fed may begin to raise rates “in a couple of meetings.” During her most recent conference she said that there is no calendar date and markets should not expect a rate hike in necessarily two meetings. Effective the word “patient” was removed, but its meaning in terms of the Fed’s Policy was not. In the Question and Answer portion of the Conference Sam Fleming from the Financial Times asked a question regarding the risks of leaving “zero lower bound” and how tightening too early can have greater risks than remaining in a low interest rate environment. Chari Yellen responded by saying, “When an economy is operating at the so called zero lower bound, it creates a situation where there are asymmetric risks.” She continues, “If there are adverse shocks to demand that tend to push inflation and economic performance in an adverse direction, it’s not possible to lower rates. Of course that’s a reason why for a number of years we engaged in active asset purchase programs.” Yellen pointed out that while at close to zero percent interest rates the Fed’s policy options to further stimulate the economy are limited.

With the dramatic drop in the price of oil, along with thousands of rig layoffs have pulled the energy industry into a large contraction. Combine this with largely negative economic data, paired with the fact that the US is historically due for a recession, and there could be a large problem for the Fed. The Bloomberg ECO Surprise Index, which measures general economic data trends, is at its lowest level since the depths of the recession in 2009. The US economy could very well be starting to roll over into a recession, in which the Federal Reserve’s policy options are limited. According to Janet Yellen’s remarks about past policy decisions in this type of scenario, one would think that if this negative trend continues the possibility of another asset purchasing program could enter into the discussion, postponing today’s talks about raising interest rates even further. 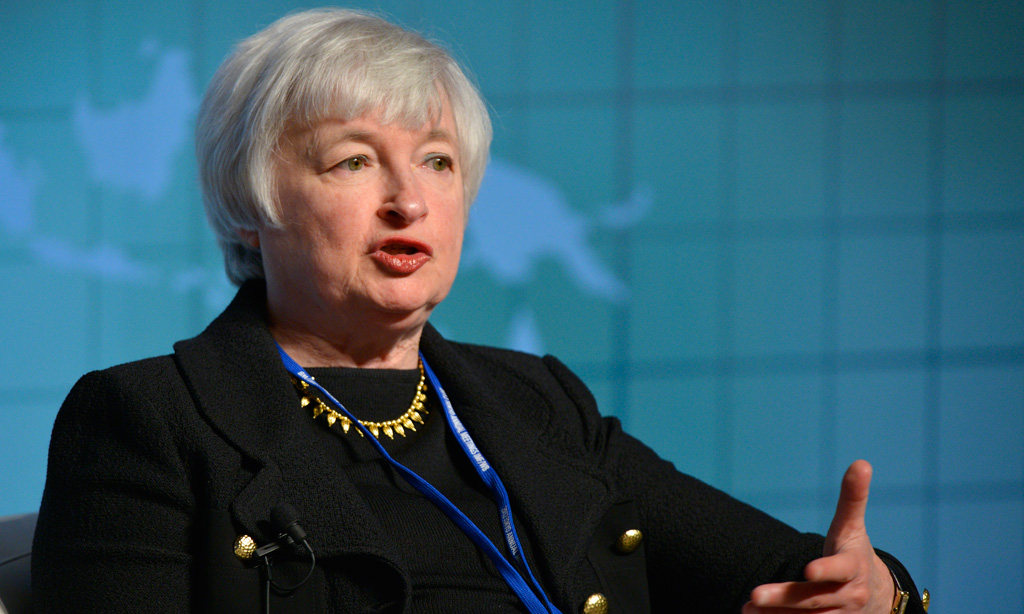 On December 17th the Federal Reserve’s FOMC released its meeting statement, forecast and held a press conference for chair Yellen. The Fed kept up its data dependent commitment to raise interest rates, but affirmed to be patient when deciding to do so. Janet Yellen once again reiterated that the decision is entirely data dependent. Meaning if the data isn’t strong enough, the committee is not incorrect in their current forward guidance policy. This forward guidance policy of informing the markets vaguely what the FOMC will do in the coming months is an attempt to instill confidence into a shaky financial world.

The Fed included their comments and projections on the current low inflation rates of 2014. Chair Yellen saw low inflation as a potential danger to the economy, but yet most analysts still expect the Fed to raise rates in 2015. This may prove to be a large misunderstanding. The Fed has said numerous times that it is imperative to prevent deflation from taking a grip on the economy. Even the head of the IMF, Christine Lagarde says, “If inflation is the genie, deflation is the ogre that must be fought decisively.” Her statement is interpreted as meaning inflation is like a genie, once you let it out of the bottle it is hard to get it back in. Deflation on the other hand is a much more dangerous and deadly ogre that can also have terrible effects. Central bankers currently have a strategy for fighting ogres. The plan is loose monetary policy and money supply expansion. But raising rates is exactly the opposite of the ogre fighting remedy, since they are instead tightening monetary policy; so in theory it’s much more like ogre food.

Unless the Federal Reserve wants to accelerate the natural deflation, which would accomplish the complete opposite goal of its last several policies, then raising rates now or in six months could bring the markets back to a point like was seen in 2008. The world is only starting to experience a large deflationary pull due to low oil prices and its effect on energy businesses and lending institutions. If the plunge in oil causes a crisis to spill over into other markets, which is a high probability if oil prices stay low for a considerable time, then the Fed will have even more low inflation, if not outright deflation to deal with. Raising rates just doesn’t make sense in a deflationary world, when the thing you are trying to prevent is a deflationary spiral. In fact, I am going to call the Fed’s bluff here.

With the New Year upon us, it is the time where many people make unreasonable goals for themselves which none the less end up falling through by February. Like everyone else, the Fed has a New Year’s resolution. It happens to be very much like the popular, going on a diet resolution, but this time is a little bit different. The Fed’s resolution is to go on a diet starting in about six months. It could be May or June, or even September, but their New Year’s resolution is to go on that diet. If a friend told you the same thing, you might be pretty skeptical about. Why don’t they just start it now? Well that’s probably because they aren’t going to go on a diet at all.

The Fed is not raising raise rates now, and even according to their own actual statistical evidence, they won’t be able to in six months. The Fed downwardly revised their PCE Inflation expectation for 2015, and that figure is even lower than the “low inflation” seen in 2014! If low inflation is a problem, then how can they move forward?

The Fed expects deflation, but plans on raising rates; that’s nonsense. Not only will the Fed not raise rates in 2015, they may even restart Quantitative Easing, in the latter half of the year, especially if a crisis brews in the oil, housing or financial sectors. In this New Year, the remaining hawkish members of the Board of Governors are scheduled to be replaced with more dovish leaders. With the most dovish Chairperson in the history of the Federal Reserve and a Board of Governors filled with doves, the Fed will certainly be more than “patient” in raising rates. This situation reminds me a lot of my Great Aunt Thelma who would often say “I’m going on a diet on Tuesday.” Tuesday would roll around and if you asked about her diet she’d exclaim with a smirk “I didn’t say what Tuesday!”