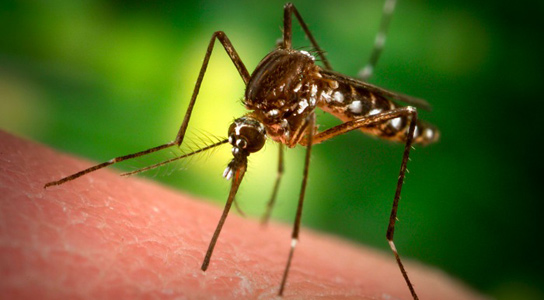 Seeking “a cheap and effective way to eliminate malaria from entire regions,” a team at Imperial College London’s Department of Life Sciences have modified mosquitos to produce sperm that creates 95 percent male offspring, leading to hopes that Malaria–which still kills 627,000 people per year, according to World Health Organization estimates–will be completely eradicated.

The report, “A synthetic sex ratio distortion system for the control of the human malaria mosquito,” was published in Nature Communications Tuesday. The report represents six years of research.

The Imperial College team tested their proceedure in five labratory cages. Genetically modified mosquitoes were introduced into the cages already inhabited by regular mosquito populations. In four of the five cages, all mosquitoes were eliminated within six generations due to lack of females.

“What is most promising about our results is that they are self-sustaining,” said lead researcher Dr. Nikolai Windbichler. “Once modified mosquitoes are introduced, males will start to produce mainly sons, and their sons will do the same, so essentially the mosquitoes carry out the work for us.”

The process of genetic modification used involves inserting a DNA cutting enzyme called l-Ppol into the mosquitoes. The enzyme cuts the DNA of the X chromosome during sperm production. Therefore, during mating, almost no X chromosomes exist to pass on, so offspring usually bear the XY pair, and are born female.

The Imperial College team explain the process this way: “We combine structure-based protein engineering and molecular genetics to restrict the activity of the potentially toxic endonuclease to spermatogenesis. Shredding of the paternal X chromosome prevents it from being transmitted to the next generation, resulting in fully fertile mosquito strains that produce [greater than] 95% male offspring.”

The idea put in practice by the Imperial College team is not new, but experiments in the area were previously hampered by lack of knowledge of the genetic makeup and mode of action of naturally occurring sex distorters and the incidence of co-evolving suppressors.

Researchers from NYU Langone Medical Center have found evidence that sleep promotes memory by strengthening dendritic spines that grow during learning tasks. The study, published this month, was led by Guang Yang, Cora Sau Wan Lai, Joseph Cichon, Lei Ma, Wei Li and Wen-Biao Ga set out to discover the means by which sleep helps learning and memory, which are currently unknown.

ines represent the formation of a new memory. Such dendritic structures are subject to strengthening and decay.

When mice slept after forming a new memory, the spines were retained better. Not only that: the researchers observed the refiring of neurons that had fired during learning. The refiring occurred during slow-wave sleep. Another way of phrasing this finding is that sleep after motor learning promotes the formation of postsynaptic dendritic spines on a subset of branches of individual layer V pyramidal neurons.

The research findings have brought science one step closer to understanding the process of sleep. The findings indicated to the NYU team that sleep has a key role in promoting learning-dependent synapse formation and maintenance on selected dendritic branches, and contribute to the storage of memories. 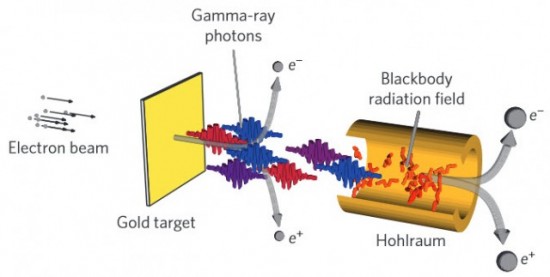 By smashing massless photons together, light can be converted into matter, according to physicists at London’s Imperial College, and the race to conduct the experiment is on–and should be carried out within the year. Until now, the idea of converting E into mc2 had been considered practically impossible.

“The race to carry out and complete the experiment is on,” said Imperial College London’s Oliver Pike. The experiment is now possible because physicists are able increase the number of photons to massive levels (billions of times the level of normal visible light) in order to achieve collisions in a photon-photon collider. The tiny size of photons was until recently a near-impossible obstacle to the experiment.

The proposed means of achieving massive photon levels is a photon-photon collider in a vacuum hohlraum. The apparatus consists of a high-powered laser, which bombards a slab of gold, producing a high-intensity gamma ray (photons) a hallow space (“hohlraum”) in which is accumulated a thick field of photons produced by another laser. The gamma ray bombards the hohlraum. Out of the other end of the hohlraum some electrons and positrons will fly, according to the English physicists. A shorter, more technical phrasing of the process is that a gamma-ray beam is fired into the high-temperature radiation field of a laser-heated hohlraum.

The theory of converting light into matter and matter into light dates back to 1930, when theoretical physicist Paul Dirac considered that an electron and its antimatter counterpart (a positron) could be annihilated (combined) to produce two photons. Four years later, physicists Gregory Breit and John Wheeler suggested that the reverse could also be true.

“It’s breathtaking to think that things we thought are not connected, can in fact be converted to each other: matter and energy, particles and light. Would we be able in the future to convert energy into time and vice versa?” said John Adams Institute, Oxford Director Andrei Seryi of the John Adams Institute on the matter.

Many laboratories around the world have the equipment necessary to perform the experimental photon-photon collisions, the English physicists say, and the experiment is expected to be conducted within the year. 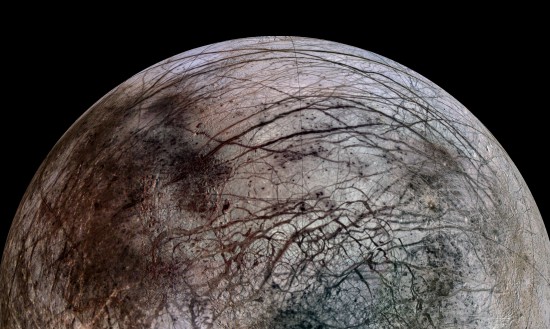 NASA, planning a mission to the moon Europa–one of the best candidates for life-sustaining habitation–within the next 10 years, has opened the door for crowdsourced talent. The goal is to create a mission for under $1 billion. NASA has published a Request for Information (RFI) seeking creative help.

Although much smaller than the Earth, Europa is thought to contain more water than our planet, and last year jets of water were observed shooting out of the moon’s icy surface, causing scientists to strongly suspect the existence of water plumes.

With NASA’s RFI, it hopes to address several fundamental questions about the enigmatic moon and life beyond earth, and on a budget. NASA provided a list of its five top goals for Europa:

1. Characterize the extent of the ocean and its relation to the deeper interior;
2. Characterize the ice shell and any subsurface water, including their heterogeneity, and the
nature of surface-ice-ocean exchange;
3. Determine global surface compositions and chemistry, especially as related to habitability;

4. Understand the formation of surface features, including sites of recent or current activity,
and identify and characterize candidate sites for future in situ exploration;
5. Understand Europa’s space environment and interaction with the magnetosphere.

The $1 billion target excludes the launch vehicle, but includes everything else, including all the technology and scientific intstruments needed for the mission. Some considerations specifically mentioned by NASA in the RFI for the Europa mission include the extreme radiation environment and protection of Europa’s potentially inhabitable ocean from the Earth’s bacteria.

NASA has released Request for Information: NNH14ZDA008L Europa Mission Concepts Costing Less than $1 Billion, targeting science and engineering communities. The RFI includes details about what and how to submit to NASA.