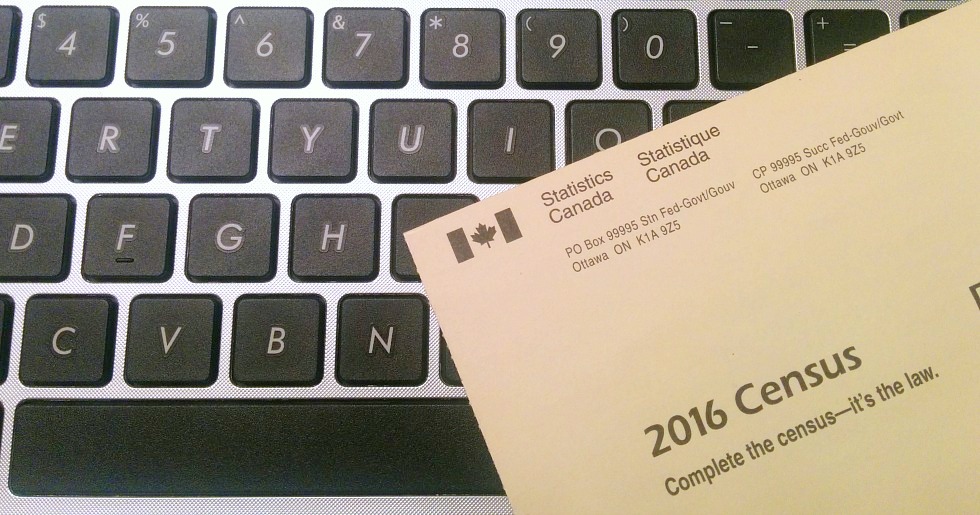 A week ago, I received the rather unexpected Canada Census slip in the mail, with the all-too-well known, yet still alarming text of “Complete the census – it’s the law,” plastered over the eerie yellow paper. I paid no heed to its intimidating form. I threw it on my desk and placed it outside of my mind until the news feed was overflowing with articles commending the entire nation’s’ apparent enthusiasm with completing it. The form which aims to collect personal information from all households, and the one which promises that if not completed it could lead to a $500 fine or even up to three-months imprisonment.

The imperceptible feeling that I must comply to share is that I am not quite sure what is more terrifying, the actual penalties for not completing the census, or the overzealous joy of complying with the state – the being, and entity which of course necessitates trust, especially in a liberal country such as ours, but surely not with such enthusiasm. I am not sure whether the institutionalization of the collection of data itself seems like a viable bureaucratic necessity. Nor whether, it has led to the normalization of mass compliance, by so many of my co-patriots.

Whether it is both a symbiotic relationship between the submissive masses, or the ever-growing power of the state. Or whether power is exercised from one side towards the other. The answer to these questions necessitate perhaps an entire treatise. The fact remains, that although this doesn’t mean that totalitarianism is just around the corner, it certainly seems to be an aspect of it. Something which is entertained with the utmost eagerness, by what seems to be most facets of Canada – including most forms of media on most of the political spectrum.

The census has been part of Canada since 1871, a few years after Confederation which sought to try and discern the ever present cultural and ethnic mosaic that has made up this nation, as well as the numerous Indigenous nations within it. In 1912, interestingly, the first federal organization was set up – the Dominion Bureau of Statistics – which employed its power to try and find out the makeup of Canada from “mare ad mare.” It was in the post-war years however, coupled with the relative prosperity, that the census became a truly Canadian “tradition” per se. The last census conducted was in 2011.

Yet there is hope, at least an act of symbolic yet also salient rebellion, when some such as Janet Churnin refused to complete the mandatory census and was taken to court for it. She was found guilty with violating Statistics Canada, but showed no remorse. It is such incidences which at times relay some hope. Although she was slapped with a sentence of 50 hours of community service, at the age of 79, she expressed that she was happy “to make a point.” Therein lies the individuality of a person, remained intact, unmoved by the ever-expanding power of the state.

The question that has been hovering in my thoughts however is whether the apparent eagerness of Canadians to complete the census was the result of fear of facing the penalties? Was it perhaps the enthusiasm of aiding future historians that will look at the data we put in the system, and make large claims, perhaps even sweeping generalizations based on some numbers?

Perhaps, there is something scarier than those two options- perhaps it is the ardor to give away information, found interminably in their joy of subservience, in the joy of becoming one with the fold- the utter collectivism of anonymity. Of placing one’s voice in a chorus of sheer imperceptibility- and thus the deviation of individuality. Ultimately what I mean is the happiness that comes with utter subservience, and Foucaultian “docility” that is welcomed. One’s proselytization to the group, yielding to the national form, and thus happily giving into a Kafkaesque reality which most secretly love to be a part of. I assume.

You may think this sounds dramatic – especially over something as simple as a census. Yet I ask, humbly, why must the state impose a penalty if one fails to complete it? Why is that not the detail which causes worry in the hearts of people, who wish to live in a free country, based on liberal ideals? The argument that this is for the ‘common good’ of the nation, has been long exhausted – used so many times before by totalitarian states.

It is not that I am arguing against the importance of the census, for I know it’s dire need – perhaps even in the long-form. But a choice must be given to complete it out of one’s free will. Anything but is antithetical.

The question that needs to be asked: Is totalitarianism inching ever-closer to us, or are we gladly slowly taking steps towards its shadow? Is it democratic for the state to demand information from the citizens of a country?