According to the institute’s 25-page report, hundreds of civilians were massacred by Eritrean forces in retaliation.

According to the report, when the Ethiopian Defense Forces entered the city, heavy artillery shelling was reported in the city, resulting in civilian casualties.

In the early hours of November 19, 2013, TPLF forces and militias attacked the Eritrean army with the help of locals armed with knives, machetes, and sticks, in a battle in the area known as Mai-Koho.

Eritrean soldiers who returned later that afternoon carried out massacres of civilians in military vehicles and tanks, witnesses told Amnesty.

One eyewitness told Amnesty he had seen 400 dead on November 20 alone, while another eyewitness had seen 200 dead at various funerals.

Despite this, the Ethiopian Defense Forces did not attempt to block Eritrean troops other than guarding government buildings.

Amnesty compiled their report by interviewing eyewitnesses, locals, and a number of individuals who know the area, and referring to satellite imagery. The organization presented its findings to State Minister for Foreign Affairs of Ethiopia and Ambassador Redwan Hussein, a spokesman for the Emergency Task Force, but has not yet received a response. Amnesty also called on the UN to investigate the killings, kidnappings and robberies committed by Eritrean soldiers in Axum.

Eritrea has rejected the Amnesty report. 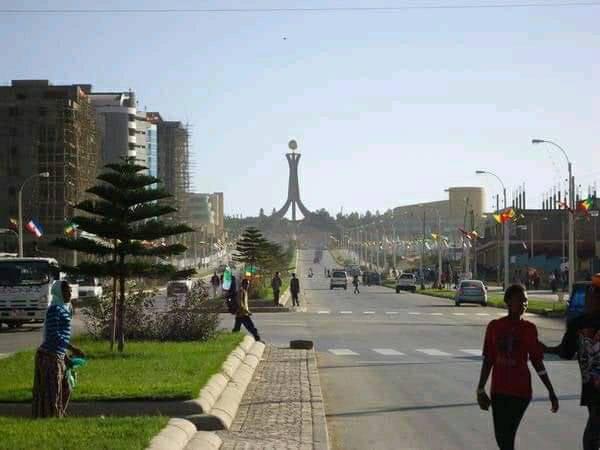 ADDIS ABABA – The Ethiopian government has given permission to seven international media outlets, including the BBC, Reuters and Al Jazeera, to report on the situation in Tigray.

The government said in a statement that it was concerned about the baseless and politically motivated information being spread about the situation in Tigray State.

Additionally, of the 135 international organizations that have applied for humanitarian assistance in the region, 29 are said to be already operating there.

Meanwhile, the Ethiopian Electric Power Corporation (EEPC) announced that the power supply that was cut off was due to the attack on the main power transmission line in Tigray State and has since been restored. Electricity has been cut off across the region for more than a week.

According to the government, electricity was cut off by TPLF militants during an attack on a high-voltage transmission line from Alamata-Mehoni-Mekele in the area known as Adigudom.

EEPC announced that power supply repairs were successfully completed in days following the power outage in the region.

ADDIS ABABA – Fifteen Ethiopian peacekeepers have said they do not want to return to Ethiopia from South Sudan, according to the UN.

According to their report, 169 South Sudanese peacekeepers were returning to Addis Ababa, but 15 members of the force said they did not want to return to Ethiopia. The 15 were all from Tigray.

The Ethiopian Defense Forces (EDF) Facebook page, citing the army’s director general of indoctrination, Major General Mohamed Tesema, said the news was that the peacekeepers were members of the 15th Motorized Peacekeeping Battalion. Tesema said the battalion is returning to Ethiopia after completing its stay in South Sudan.

“Those peacekeepers have been trying to create chaos by rolling and shouting at Juba airport saying they will not go to our country,” Tesema stated.

He described the actions of the individuals as “disgraceful” and said they did not represent the members of the armed forces.

The troops are currently under the protection of the South Sudanese National Security Service.

Ethiopia was one of the first countries to contribute troops to the UN peacekeeping mission, and currently there are around 8,000 troops serving, representing about 8% of the UN’s peacekeeping force worldwide.

The military overthrew the TPLF leadership in the wake of the Oct. 24, 2013 military offensive between the federal government and the TPLF. In connection with this, several suspected members of the TPLF and members of the armed forces were arrested, and arrest warrants were issued. The exact number of people killed in the conflict is unknown, but it is expected to be in the thousands.

In addition, more than 60,000 people have fled the conflict to Sudan, and millions more are in need of humanitarian assistance, according to humanitarian organizations. Following the announcement of the end of the military operation in Tigray State, an agreement was reached with the UN to provide humanitarian assistance to the region. But the International Committee of the Red Cross warns that the number of people in need is “extremely high.”

ADDIS ABABA – Ethiopian Electric Power (EEP) announced today that the power supply has been cut off throughout Tigray State in Ethiopia.

In a statement EEP said the power supply had been cut off throughout Tigray due to attacks by “Junta Suburbs” — a group of people from TPLF responsible for the alleged attack on the Northern Command — on the region’s electricity infrastructure. Electricity was cut in the region following an attack on a high-voltage transmission line from Alamata-Mehoni-Mekele in the area known as Adigudom.

The Alamata-Mehoni-Melele line, one of the main power supply lines in the Tigray region, and the other Tekeze Axum line were under construction, the organization said. It is estimated that the damage to power infrastructure is worth millions of dollars.

The region has been without water, banking, telephone, internet, and other basic services for some time. 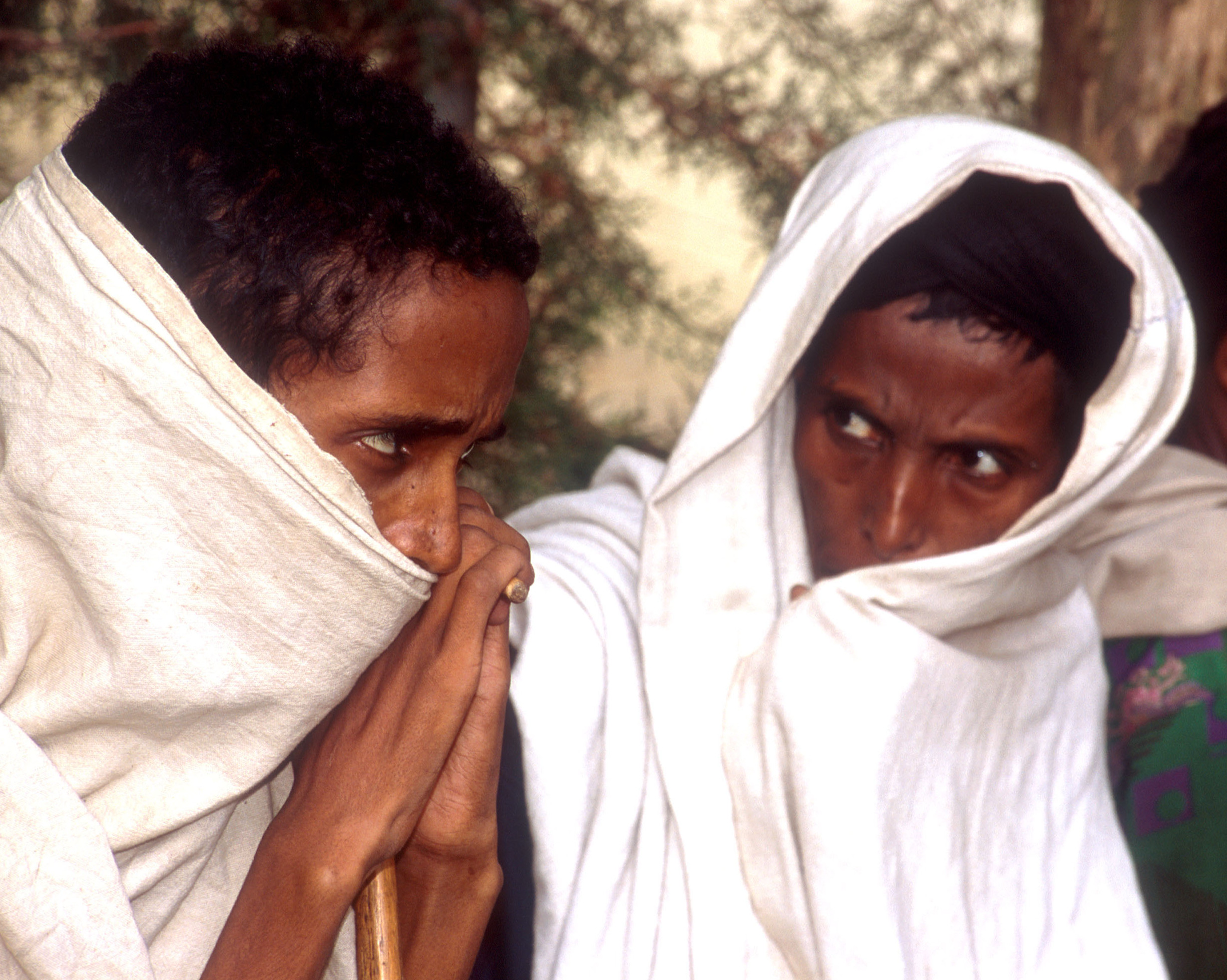 Ethiopia is a hotspot for tuberculosis infection, ranking third among African countries and eighth in the world for TB burden according to the World Health Organization. But, say researchers who have analyzed the genomes of 66 TB strains and reported their findings in the Cell Press journal Current Biology Thursday, that’s most likely not because TB was absent in the country before Europeans made contact–the so-called “virgin soil hypothesis”–as had been proposed ever since colonial times. Rather, they suggest, Europeans may have introduced a new wave of disease spread by more virulent TB strains, which spread during the 20th century as countries of Sub-Saharan Africa grew increasingly urbanized.

The new genomic analysis finds a surprising amount of diversity amongst TB strains in Ethiopia. It also adds to evidence that Mycobacterium tuberculosis, the bacterium responsible for TB, originated in Africa.

“The diversity of M. tuberculosis in Ethiopia is considerably higher than is recorded in most other countries; the number of genotypes present in the population is large, and some of them have clear links with other global genotypes while others are specific to East Africa,” says Stefan Berg of the Animal and Plant Health Agency in Surrey, United Kingdom. “Before this project was initiated, this high diversity was not expected.”

“The diversity of M. tuberculosis complex in Ethiopia confirms the African origin of the disease and contradicts early notions that TB was not present in Africa before main European contact,” adds Iñaki Comas of FISABIO Public Health in Valencia, Spain. “However, it remains to be explained why high rates of infection among native people were observed after the contact.”

The findings are part of a larger effort by Comas and Berg along with colleagues in Europe and Ethiopia to understand the high rates of TB and specifically extra-pulmonary TB–a less common form of the infection affecting areas of the body outside of the lungs–seen in Ethiopia.

In the new study, the researchers analyzed a broad sample of M. tuberculosis strains collected from infected people in Ethiopia. Their analysis shows that all of the strains collected trace back to a single common ancestor with a proposed origin in East Africa. The analysis also revealed a pattern of serial introductions of TB strains into Ethiopia in association with human migration and trade.

Although more work remains, the researchers “propose that increased TB mortality in Africa was driven by the introduction of European strains of M. tuberculosis alongside expansion of selected indigenous strains having biological characteristics that carry a fitness benefit in the urbanized settings of post-colonial Africa.”

The new evolutionary analyses shed light on past epidemics of TB. They might also help to understand global trends in TB infection and perhaps even better predict the future. “Understanding factors that may have influenced the current population structure of M. tuberculosis in Africa and worldwide can potential help predicting future trends in the disease epidemiology,” Berg says.

Comas says they would now like to sequence the bacteria along with their human hosts to further investigate the biological factors underlying high rates of extrapulmonary TB in Ethiopia, which may lead to new strategies for combatting this form of disease globally. They’d also like to explore whether certain human populations are more susceptible to certain bacterial strains.

The report, “Population Genomics of Mycobacterium tuberculosis in Ethiopia Contradicts the Virgin Soil Hypothesis for Human Tuberculosis in Sub-Saharan Africa” was published in the journal Current Biology.

By Joseph Caputo
With images from the report and WHO (WHO/P. Virot)