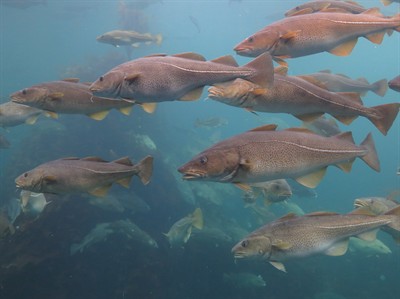 States are no longer allowed to label genetically engineered fish, according to Steve Mashuda, a litigator who is managing attorney for the Oceans program at Earth Justice.

Mashuda has been involved in a legal challenge to the government’s approval of GE salmon for human consumption.

Recently the House and Senate passed a bill prohibiting states from from labeling these fish. And on Friday, July 29, the bill was signed into law.

“Additionally, the FDA is still failing to analyze and prevent the risks these fish can cause to wild salmon and the environment,” wrote Mashuda in a notice about the recent developments.

Mashuda’s team will challenge the decision in court, he stated.

“[W]e’re up against powerful forces trying to bring these fish to market at any expense.”

The fish in question are the spawn of a company called AquaBounty Technologies and are engineered in laboratories to grow twice as fast as wild salmon.

AquaBounty plans to produce the GE salmon eggs on Prince Edward Island, Canada, and send the salmon on a 5,000-mile journey before they reach U.S. supermarkets.

The salmon will be grown to market size in a facility in Panama, processed into fillets, then shipped to the United States for sale.

AquaBounty has publicly announced plans to ultimately grow its GE fish in the United States and other places around the world. Despite this, the FDA has chosen to limit the scope of its review to the Canada and Panama facilities.

U.S. Atlantic salmon, and many populations of Pacific salmon, are protected by the Endangered Species Act and in danger of extinction.

“Not only can these engineered salmon crossbreed with wild native fish, they can also threaten wild populations by out-competing them for scarce resources and habitat, or by introducing new diseases,” warned Mashuda.