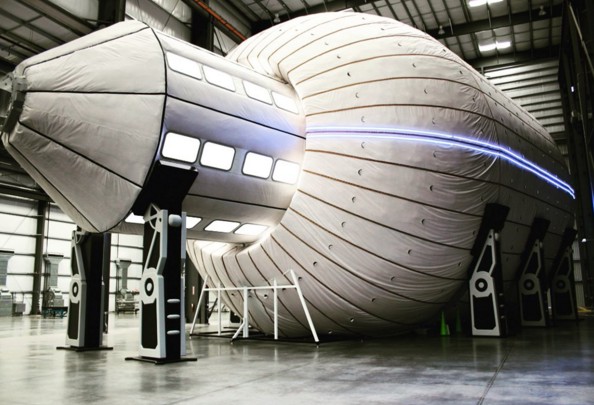 Bigelow Aerospace’s inflatable BEAM module — a new lightweight activity module, part of Bigelow’s continued endeavors toward putting into use a wide range of portable expandable habitation spaces, including the living-and-working-space BA-330 (pictured above) — has been scheduled for a March NASA mission to the space station.

The Bigelow Expandable Activity Module will be sent to the space station in the SpaceX Dragon capsule, and will be berthed to the space station’s Tranquility node. It will then be pressurized and expand to its full size with air stored in the compressed module.

BEAM will then be monitored through a test period of two years. Astronauts will periodically enter the module to inspect it and gather performance data.

After the test period, BEAM will be jettisoned and will re-enter Earth’s atmosphere, burning up.

Bigelow Aerospace is working with NASA to produce expandable systems, including habitational systems, and has already completed two succeful missions with its Genesis pathfinder I and II spacecraft — missions noted for their relatively low-cost.

The low cost comes from the low weight of the Bigelow constructions — one-tenth the weight of some similar modules. Improvements in craft weights have come in large part from advances in lightweight, strong materials such as Kevlar.

The BEAM module walls are made of many layers of Vectran, a material similar to Kevlar but made of spun liquid crystal fibers, and fire-resistant Nomex.

The Nevada-based company is working towards a standalone space habitat in addition to its current module projects. A large expandable module is already being developed by Bigelow — three times the size of any individual module on the ISS, the BA330 is designed for a maximum crew size of six in its 330-meter square environment. The BA330 is designed to be used in conjunction with other modules to build larger module complexes in space.

Some images of future BEAM modules 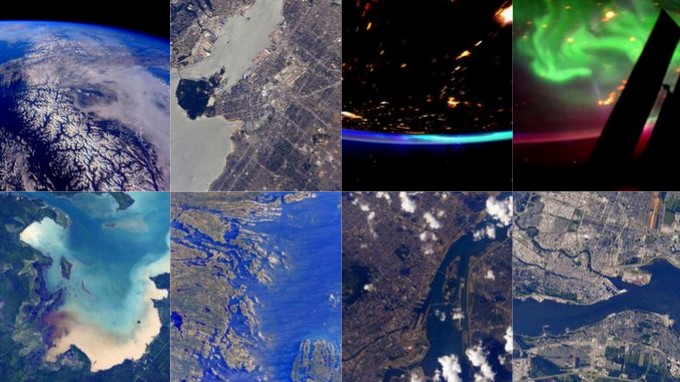 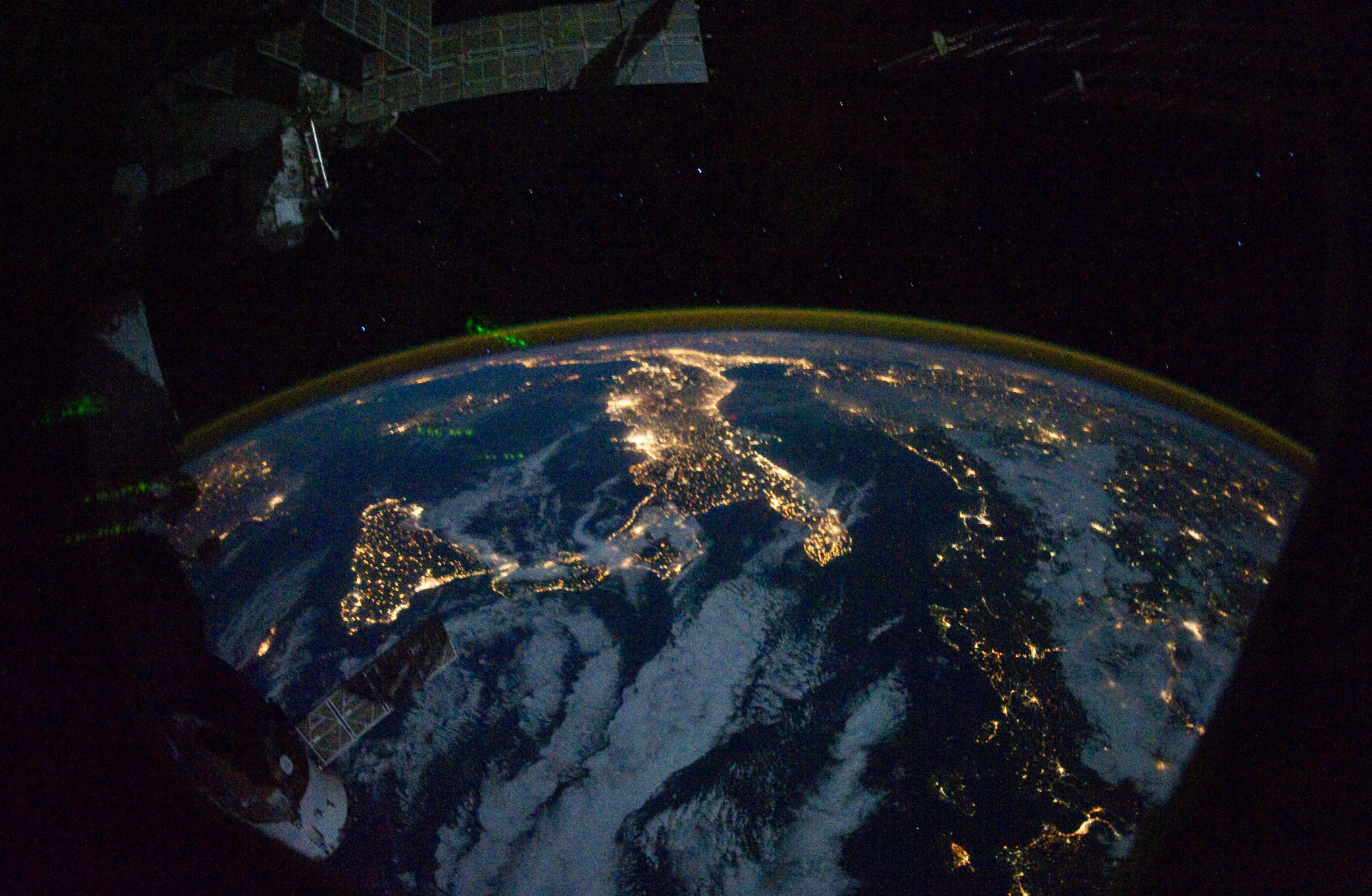 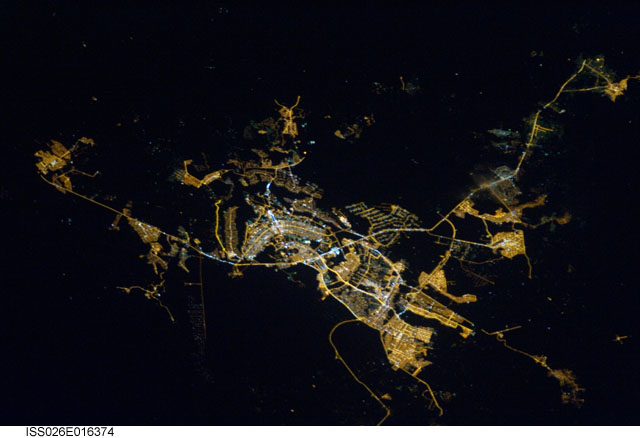 The International Space Station orbits the Earth at 28,000 km/h, fast enough to make it from our planet to the moon and back in a day.

The 1 million pound craft carries its six passengers around the circumference of the Earth every 90 minutes at that speed.

And now, thanks to Open Notify‘s API and coder Sten Hougaard, a senior front end developer who blogs at Netsi.dk, we can map it’s course in real time.

“I love to demonstrate how to use these features,” Hougaard told us about his use of Open Notify. The open source project was created by Nathan Bergey to provide “a simple programming interface for some of NASA’s awesomest data.”

“[Open Notify] is good sneak preview of what’s to come in the future web,” Hougaard told us. “I expect the APIs and a ‘data layer based’ web will be a big bright future for all of us, the users of the web.”

Here is the current position of ISS on a Google Map, travelling fast enough that you can actually watch the craft’s marker accumulate a trail. (Scroll up or down atop the map to zoom in or out.) 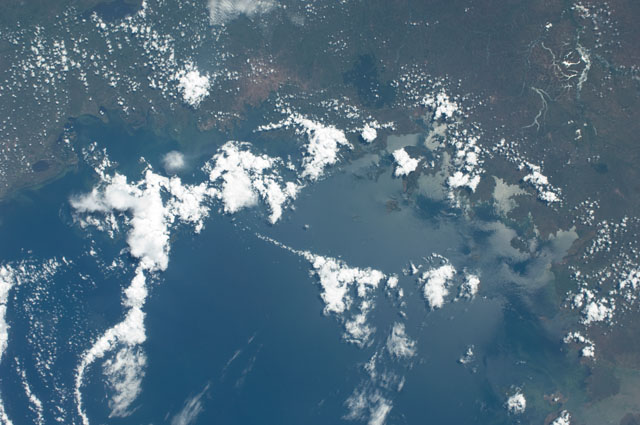 Did you guess some of the cities of the Americas from “What The World’s Capital Cities Look Like From Space, Part 1“?

Now let’s move from the southernmost tip of Africa northwards:

Now let’s move over to Asia, where the answers for these eight will be found: What The World’s Capital Cities Look Like From Space, Part 3