DURBAN, South Africa – The South African cabinet has approved the submission of the Land Court Bill which is aimed at ensuring stronger judicial oversight over land claims.

The new court will allow the appointment of permanent judges and will now go through the parliamentary legislative process, which will include public participation.

Justice and Correctional Services Minister Ronald Lamola said, “The bill seeks to ensure stronger judicial oversight over claims, and this must lead to better settlements, reduce the scope for corruption and avert the bundling of claims into dysfunctional mega-claims that lead to conflict.” 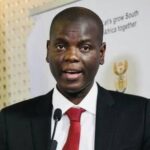 Lamola added that the bill seeks to address the systemic hurdles that make it difficult for land claimants to obtain land restitution.

“For instance, the bill allows for hearsay evidence for most families, who have to rely on oral history and the existence of elders with knowledge of description, location, and extent of land which their descendants previously occupied.”

Lamona further explained that the bill will also allow for expert evidence regarding historical and anthropological facts relevant to any particular land claim.

“It gives effect to the mandate of the sixth administration, namely, to ensure our approach to land reform is based on three elements — increased security of tenure, land restitution and land redistribution. This bill is a concrete intervention to improve the functioning of all three elements of land reform.”

“It creates a policy frame to ensure that land reform is guided by sound legal and economic principles and contributes to the country’s investment objectives and job creation initiatives,” said Lamola.

This bill is the outcome of the work done by the Inter-Ministerial Committee on Land Reform.

The Presidential Advisory Panel on Land Reform and Agriculture proposed a number of recommendations to the IMC including: