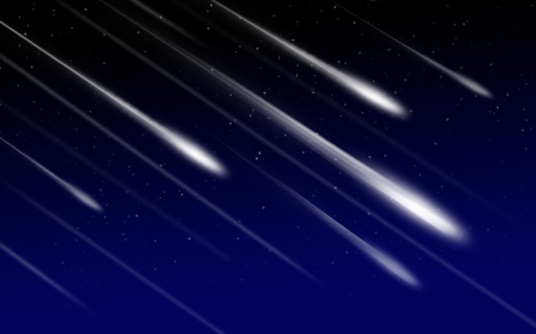 The Geminids — “the King of Meteor Showers” — will rain down around 100 to 150 multi-colored slow-moving streaks per hour this weekend, visible from anywhere, but the best views will be for those in the Northern Hemisphere.

The show will peak over the night of Sunday, December 13 — between midnight and morning with the highest activity between 2 and 3 a.m. There should be some meteors visible already at sunset, though. While the meteors will radiate from the southwest, there is no particular part of the sky where viewers need to focus their attention because the shower will be so high.

The Gemenids are famous not only for the frequency of meteors, but also their slow movement and the varied colors which are produced by the different chemical compounds burning in the sky.

The Gemenids are a relatively young shower — first observed 150 years ago. They originated from the 3200 Phaeton asteroid — one of only two major showers not originating from a comet.