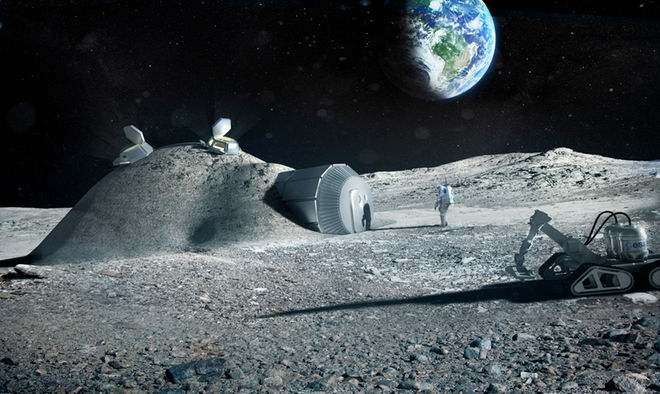 When President Donald Trump mentioned “other worlds” in his speech to a join Congress this week, the space community started buzzing.

“American footprints on distant worlds are not too big a dream,” said Trump at the end of his speech.

According to PBS NewsHour Science Correspondent Miles O’brian a manned mission could take place in 2019, as “all of a sudden there is wide agreement in the space community [the moon] might be the next step.” The mission may take the form of “learning how to live there on a sustained basis” — ie, a manned encampment.

A traditional barrier to space missions has been the large cost. NASA’s budget is around 19 billion, and the Army’s budget for space is around $40 billion, and analysts are considering ways these two organizations could borrow from each other in a force multiplier relationship, making it possible to make a moon mission with reduced costs to the country.

The private sector is also increasingly interested in the moon. SpaceX also is continuing to push toward commercial voyages. Elon Musk’s company announced a tourist trip for two people around the moon before.