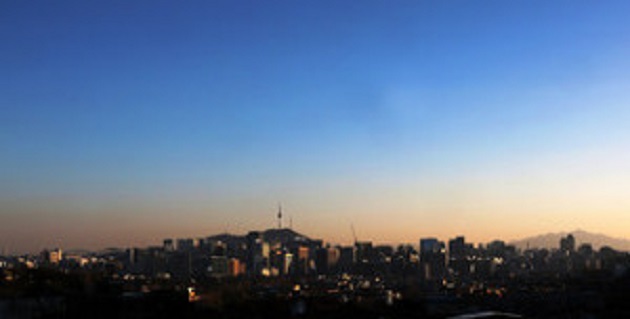 Following the lead of Germany, more and more European countries are accepting asylum seekers who are mostly from war-torn Syria. The countries, including the United Kingdom and France, are to set out plans to resettle refugees.

In 1990s, South Korea faced similar issues regarding refugees, as the number of North Korean residents who defected to the South drastically increased due to famine and the economic crisis in the North.

Currently, there are about 280,133 North Korean defectors living in the South, according to the statistics of the Ministry of Unification, issued in June 2015.

When North Korean residents arrive in South Korea, first they have to go through investigations and interviews, conducted by the South Korean Intelligence Service, in order to clarify their identity. They stay at the Defector Protection Centre during that period. It usually takes a minimum of four weeks, but it can be extended if a defector confesses false truths. After the investigation processes are completed, they are finally able to reside in the South.

The South Korean government has been helping North Korean defectors to settle in the South under the “Protection and Resettlement Aid Act for Defecting North Korean Residents,” introduced in 1997.

The government arranges a rental apartment for every North Korean defector. The rental deposit fee of an apartment is up to 13 million Won (US$11,000). Although the government pays a significant amount of the fee for them, they need to bear their monthly rental fees and utility bills.

They also receive 7 million Won (about US$5,900) as the initial resettlement fund, apart from housing expenses. However, defectors do not receive this fund at once, just in case that they lose it in a short time before settling down. Therefore, firstly 4 million Won is provided to those who finish the 12-week education program at Hanawon and then they later receive the remaining 3 million Won, at a rate of 1 million Won every three months.

However, the 7 million resettlement fund is only offered to defectors who come to South Korea without any family members. If he or she brings a family member to the South, less than 7 million Won is paid to each person. Also, a bigger apartment is prepared for them.

Moreover, they can obtain up to 25.1 million Won (about US$ 21,100) from the encouragement fund. In the past, it was also included in the resettlement fund, but from 2005 defectors who are looking for a full-time job through a professional job training school have also been eligible. People over sixty and with impairments are also able to get extra fund to the tune of a maximum 15.4 million Won (US$13,000) for treatment.

Hanawon (the Settlement Support Center for North Korean refugees) is a facility where defectors  are educated about life in the South. It was established in 1997, and has a 392-hour course that spans 12 weeks.

“Hanawon is the first place where North Korean defectors start their life in South Korea. Through education, we help them to be part of South Korean society not only physically, but also mentally,” Kim Joong-Tae, former head of Hanawon, told Daily NK.

In general, the course consists of social adjustment and occupational education, but it is customized by each age group. For example, teenage defectors focus on a local school curriculum, as they will be sent to a South Korean school three months later, while adults spend more time on studying an employment system. Also, there are programs and counselors to take care of the newcomers physical and mental health.

Despite Hanawon’s education offerings, many young North Korean defectors still have difficulties in adjusting to a competitive local South Korean school system. Therefore Hankyoreh High School, a specialised school for teenage defectors, was founded in 2006. It assists young defectors to catch up on the regular school curriculum and to understand democratic society, South Korean culture, and the local language which includes many English words, compared to the Korean used in the North. If they want, they can transfer to a regular high school later on.

In 2008, the Ministry of Education organized an academic deliberation committee for North Korean defectors who finished their high school in the North, in order to evaluate their secondary academic ability. If they pass the examination, they are able to enter a South Korean university. National and public universities offer free tuition to defectors under age 35 if they enroll in a university within five years after their high school diploma is recognized.  There is no age limit to study at colleges and online universities without fees.

Most North Korean defectors say that the biggest challenge after they arrive is to find a job in South Korea, as they have a lack of occupational skills and understanding of capitalism. To resolve these problems, the Ministry of Unification and the Ministry of Employment and Labor introduced a basic job adaptation training program at Hanawon in 2006. Defectors are able to have practical training as well as field experience at a company through the program. Furthermore, the South Korean government pays half of the wages that each North Korea defector worker receive.

Although the South Korean government continues to improve policies and laws to improve the lives of North Korean defectors, many are still left wandering.

North Korean prison escapee Dong-Hyuk Shin said that it is very difficult for North Korean defectors to fully adjust to the capitalist system.

“In the North, we are just happy if we don’t starve. However, here we should compete consistently to achieve what we need and want. It is a totally different lifestyle between the two Koreas, so it is kind of understandable that some of North Korean defectors came back to the North again,” Shin said.

Moreover, discrimination against defectors is rampant, particularly in the workplace. According to research data from the Ministry of Unification and the Korea Hana Foundation, defectors’ average wage per week is 760,000 Won (US$638) lower than that of South Korean citizens, even though they work more hours. Also, their unemployment rate is four times higher.

For improvement of defectors’ human rights in the South, most of all it is important that South Korean citizens should accept them as members of their society, in order to prepare for the two Koreas’ unification. Also, North Korean defectors should acknowledge the different social systems of the two countries, and put more effort into following a new lifestyle.