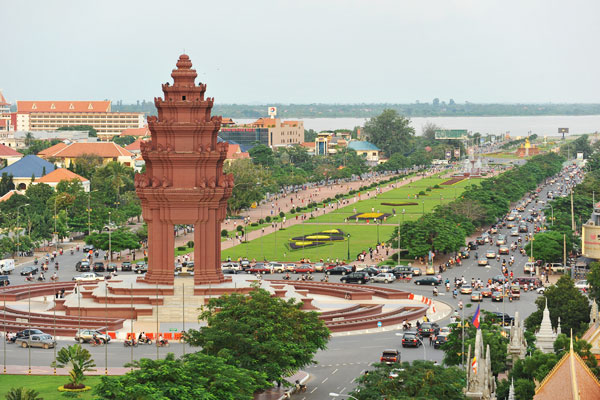 An increasing number of people from Western countries are moving around the world to other areas they deem safer, hold better job potential, and are cheaper overall. A large number of these people are moving to Cambodia in search of these things. While it’s very difficult to get an exact number of expatriates coming to Cambodia to live, it’s thought they’re in the tens of thousands.

Many of those that have moved to Cambodia are retired but have found work in their new home country. An expatriate from Canada that wished to remain anonymous told this reporter that while Cambodia is an up and coming country that holds potential for expatriate retirees, it may not be as easy as expected. “The best opportunities are self employment, and to (start off) with a Cambodian partner.” For three years he has been running an online business in Siem Reap that helps expatriates moving to Cambodia find new homes on a tight budget.

Another expatriate, a teacher at one of Siem Reap’s international schools, thinks it’s relatively easy to get a teacher’s job, even with little experience. Nea Techeang, a Khmer American, has been living in Cambodia for two and a half years after living in America for the previous twenty eight years. “I basically walked into the school, met with the owner, and about a week later I had a position teaching kindergarten. It’s much easier to get a good job here than in America.”

Another advantage to living in Cambodia is that English is becoming more widely spoken as education improves, according to the anonymous source. “To live here (Siem Reap) in retirement you do not need to know the language as it is (a) tourist city and many people speak some English and in government offices; dentists (and) doctors etc speak English well.” Mrs. Techeang agrees, but also adds that English is spoken and understood much more in the cities. “The quality of education for the children here is improving, as there are so many international schools in Phnom Penh and Siem Reap. However, older people living in the countryside have a basic knowledge of English, as they had limited access to education growing up.”

Some bonuses that the anonymous source stated as to why Cambodia is a nice country to move to is the food and weather. “(The) food is delicious, weather is tropical and (similar) as what you would get in Thailand, Philippines or nearby countries but no typhoons, hurricanes or earthquakes which some other countries may experience.” Mrs. Techeang elaborates on the Cambodian diet. “While many of the dishes revolve around fish, rice, and vegetables, there are many other choices you can make. Chicken and pork are eaten more now, especially in stir fries. If you go to the right markets, they can be bought cheaply too.”

Both of the expatriates agree that for the most part, prices on housing and other necessities are far cheaper than their home countries. Mrs. Techeang says that being Cambodian herself and knowing how to speak Khmer helped when she was looking for a home in Siem Reap. “I was able to speak to the local motorcycle drivers to find some decently priced apartments. There are many apartments, small houses, and rooms for rent here that are quite affordable. My husband and I live in an apartment in a good part of town for under $75.” The anonymous source also said that transportation can be found cheaply. “There’s no need for (a) car here and it’s best to buy a new or used motorcycle (scooter with 100-150 cc) to get around.”

When the source was asked if he had any advice for people looking to move to Cambodia, he said he thought that overall the country makes a great choice. “It’s a good place to retire to if you want (a) low cost of living, it’s safe, and a friendly place to live. I only wish I knew more about living in Asia sooner and made the move years before I did.”