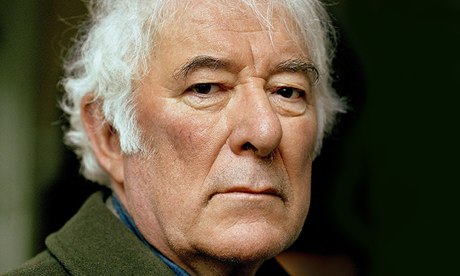 Easter Monday in Ireland will mark the centenary of a failed rebellion against British rule in Ireland, while April will see the anniversary of the birth of the great Irish poet Seamus Heaney. Two events that, at least for me, are connected and both are essential facets of how I see myself and my country. Though Oscar Wilde meant it as a slight, sometimes my passions are a quotation. Other times, a passport.

During the Rising, key buildings were taken over by Irish nationalists and bullets rained down on Dublin streets. The leaders and signatories of the 1916 Proclamation – people (and writers) such as Patrick Pearse and James Connolly – were captured and shot by the British government after the failure of the insurrection.

It was an uprising that occurred during a World War, an armed stand-off watched from afar by Lenin in Moscow, it was more than just a local affair. Indeed, Indian doctors studying medicine in Dublin joined the resistance, as did many Jews who had immigrated into Ireland throughout the 19th Century. All told, Irish nationalism – as it usually does – enjoyed an internationalist dimension, a sentiment chorused in our national anthem Amhrn na bhFiann, and underlined by the outward looking human rights advocacy of the State from the 1960s onwards.

Though this is not an account of the 1916 Rising per se. Exiled as I am by the failure of the Celtic Tiger and my own wanderlust, this significant memory in the collective Irish soul gives pause for reflection on my sense of Irishness and how it is wrapped up in Seamus Heaney and a Chilean – Pablo Neruda. I do, of course, identify with the men and women who gave their lives for a free Ireland, but this a more personal account of what Ireland respresents to me – an Irish nationalist safe from British guns and a writer who, hitherto, has not been recognized with a Nobel Prize for Literature. 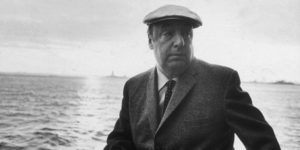 I grew up on Heaney and Neruda. I also grew up on Capri-Suns and Batman, but that is a reminiscence for another day. The two men were quite political in their writings, the former lamenting the ravages of Troubles in Northern Ireland, and the latter forlorn over the destruction of the Spanish Civil War and the legacy of empires. They both shared a need to preserve ordinary people an ordinary objects. Heaney celebrates his mother and ‘her white nails… raising scones against two ticking clocks’ and another poem speaks of the wallets and keys strewn across the road, exploded from the pockets of the recently blown up by the bombs of paramilitary forces. Neruda, for his part, catalogued plants and rocks, mountains, books, and food until he fell in exhaustion into his poem Too Many Names, a poem where ‘time lost its shoes’ and the poet breaks the fourth wall and obliterates his structure. Think the Coen Brothers and Barton Fink, but less playfully and more with a whine.

Right now, aside from watching the official commemoration of 1916 from afar, I am reading – and listening – to Heaney and his epic translation of Beowulf. The New York Times called it a better Beowulf and went on to tease out the irony of man with a dislike of the dominance the English language had over the Gaelic tongue translating one of the defining texts in Anglo-Saxon culture. You can read the superb analysis of the translation here.

It is a work that links me again to the words of Neruda, particularly his work And How Long? Both texts focus on atempts to give life to things – ideas, nature, nations. If Beowulf dies, and if Neruda tires, what are we to do? If the Irish State is turning a 100 soon, where do we go? Time is the knife that cuts all our imagined and realised hopes into successes, failures, and missed opportunities.

In general, they shared more things. The equality proclaimed by 1916 extended to how these poets wanted their poems to be transmitted and to the audience they hoped to reach. While Heaney called Eminem a modern poet and showed himself adaptable to the evolution of the artistic use of language, Neruda busied himself with writing poems that could be recited out loud and to everybody. No child of poetry would be left behind.

The role of nature ran through the different periods of Neruda, from the ‘tomatoes, stars of the earth’ of Ode to the Tomato finding roots in Heaney and his Death of a Naturalist, where little children observed frogs to see the weather ‘yellow in the sun, brown in the rain’.

A recent opinion piece in The Irish Times was titled – Our independence sprang from more than violence alone, and it is true. We had a democractic mandate from the people, an organized government staffed with brilliant men and women, and a cultural breath that gave life to the nascent organs of the emerging State. There was also an internationalism that bridged the geographical synapses of different peoples and nations that shared a common sense of how a nation should be organized and how the people within should be protected, an internationalism that has defined Ireland throughout its history.

In this Easter weekend and centenary of 1916, I doff my cap to two men so connected to my sense of self, to my Ireland. To Neruda, the poet hailed by the people as their voice, and Heaney, ‘whose passport green… never toasted the British Queen’ – two men who turned their back on imperialism and their souls and pens toward a common humanity. A common humanity hoped for by 1916, with the promise of universal sufferage and equal rights. We come full circle, like all the arcs of all the poets that reach in themselves and find the world.

Requiem for the Croppies by Seamus Heaney

The pockets of our greatcoats full of barley…
No kitchens on the run, no striking camp…
We moved quick and sudden in our own country.
The priest lay behind ditches with the tramp.
A people hardly marching… on the hike…
We found new tactics happening each day:
We’d cut through reins and rider with the pike
And stampede cattle into infantry,
Then retreat through hedges where cavalry must be thrown.
Until… on Vinegar Hill… the final conclave.
Terraced thousands died, shaking scythes at cannon.
The hillside blushed, soaked in our broken wave.
They buried us without shroud or coffin
And in August… the barley grew up out of our grave.