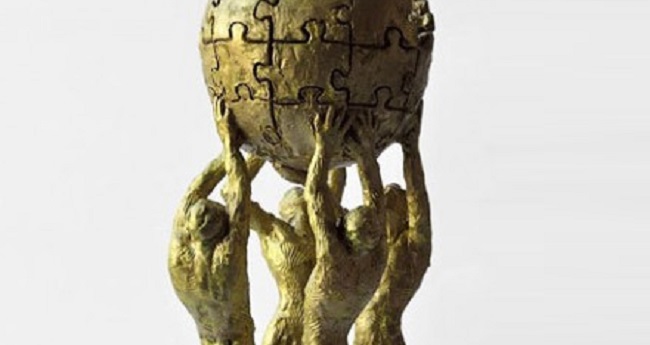 The government, which enforces strict censorship of media, has decided it needs its own online encyclopedia. Wikipedia, like many other popular free information sources on the internet, is blocked in China.

China’s encyclopedia will not be like Wikipedia, though. It will not allow public edits, and its editors will be hand-picked by the government.

The want to put together 300,000 entries. Analysts have said they do not expect to see subjects China does not like to talk about, such as “Tiananmen Square 1989” and “Falun Gong spiritual group” to be included.

Wikipedia creator Jimmy Wales is creating Wikitribune, a news version of Wikipedia where he hopes news will be more fact-based than what he sees elsewhere.

He will be hiring many journalists for the initial phase, and see how things develop from there.

Wikitribune will not focus on doing original journalism. It will use the same community model as Wikipedia to put together long-form contextual articles for news events, as well as finding related questions that can be filled in by people at home.

Regarding whether the venture would succeed, Wales stated, “[O]ne of my main questions is the question of scale – I think if we can get to scale, it will be successful. If we aren’t able to produce enough good work early on to persuade people to contribute further support, I think that means that potentially we are going to struggle to get traction. But the response so far to the announcement has been so positive that I’m feeling ok.”

A formal judgement has approved the administrative measure, indicating that a permanent restriction is now in place for all language editions of the online encyclopedia in Turkey.

Some are pointing towards Wikipedia’s depiction of Erdogan as a dictator as a cause:

“Erdoğan detractors have noted that under Erdoğan, more journalists have been incarcerated in Turkey than in any other country, including North Korea. Detractors have also pointed out the fact that the April referendum essentially nullified the traditional legal ‘check’ of parliamentary fiscal review, that parliament had previously held over his executive branch of government. Detractors have claimed that Erdoğan’s unceasing efforts at broadening his executive powers while also minimizing his executive accountability may amount to the ‘fall of Turkish democracy,’ and the ‘birth of a dictator.’

“The loss of availability is consistent with internet filters used to censor content in the country,” according to independent, non-partisan network monitoring observatory Turkey Blocks.

“SSL errors are issued for https requests, indicating failing to connect to the authentic servers, while the unencrypted addresses now return an nginx http 404 error indicative of filtering.”