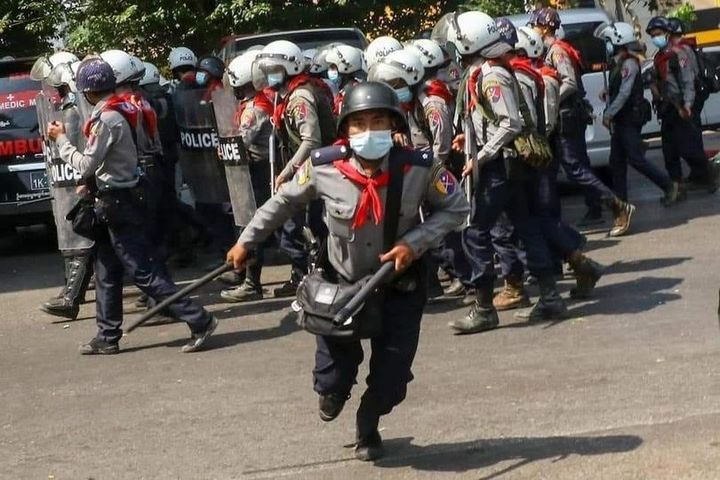 Over 3 trillion dollars in daily transactions for the world’s biggest banks were disrupted Wednesday, according to an alert status on the Fed’s website announcing a disruption in several business lines for Fedwire, FedACH, and 11 other areas affecting wire transfers, ACH transactions and check-clearing in the U.S. banking system. About 850,000 transactions each day move an average daily volume of $3.4 trillion.

“We are restoring services and are communicating with all Federal Reserve Financial Services customers about the status of operations,” says an email from the Fed explaining that Fedwire is “the premier electronic funds-transfer service that banks, businesses, and government agencies rely on for mission-critical, same-day transactions.”

A well-known property of matter that converts it from solid to gas is at the center of a wave of Tik-Tok videos alleging that the Texas snow is fake and part of a government plan to control citizens .

The videos show how a handful of snow exposed to fire fails to drip water. “See? Proof,” say the videos.

In reality, the snow has turned to vapor and absorbs the water. Pure snow is very cold water, but a handful of snow off the ground may contain impurities that burn when exposed to fire, making it appear the snowball is scorching. That, too, is presented in the videos as “proof” that the storms were not real. In reality, the shocking visual can make it appear that the snow that is burning and the evaporating snow is smoke.

On the test that measures critical thinking, some colleges actually had scores lower for grads than for freshmen, although other schools showed pretty good improvements.

‘Critical thinking’ refers to certain skills: Being able to understand the value of an argument based on the validity of facts involved, forming a conclusion about veracity based on available information, as well as being able to form cohesive arguments, are included.

The tests, called CLA+, started less than 20 years ago. Their purpose was to assess what really took place in a student’s learning over their 4-6 years at college, rather than testing the domain-specific facts and other information memorized in classes.

An example of a test question would be a challenge to a student to form an argument for or against purchasing a particular model of business plane for the company they work for, when that model had recently been reported in the news after being in a crash. The student is provided with written material about the plane to inform their argument, such as newspaper articles about the accident, federal reports on the type of engine and its known issues, charts on the planes performance, magazines with reviews of the plane and other similar models. The student has to “prepare a memo that addresses several questions, including what data support or refute the claim that the type of wing on the model of plane leads to more in-flight breakups, what other factors might have contributed to the accident and should be taken into account, and your overall recommendation about whether or not the company should purchase the plane.”

When Wall Street Journal looked at test results recently. though, they looked at how many students were in the “below basic skills” level. While some colleges saw improvements, — numbers like 40% for freshmen to less than 10% for grads — a lot of others only saw changes of a few percent, including a couple of schools where the grad score was lower than the freshman.

What does the CLA+ test?

This was the idea advocated by a Russian foreign ministry spokesperson at this years SPIEF economic forum. She was speaking at the “Hoax vs. Truth: challenges of the modern information world” session.

“We are trying to somehow spur a discussion regarding the creation of a certain global mechanism, an instrument that would counteract the spread of false information,” she said. She gave some details about the projects, saying it would involve the collaboration of journalists and news organizations with outreach in various parts of the world.

She said that Russia also advocated working on some kind of framework for snuffing out fake information when it attended the UN’s information committee 2 months ago, but that the U.S. had opposed it.

However, Russia is not known for reliable information coming from its state-run and state-dominated media, and the chief of Germany’s DPA news agency commented that such a program might lead to further censorship and a new “Ministry of Truth.”

According to Igor Drozdov, the board chairman of the Skolkovo Foundation, who spoke at Russia’s SPIEF economic forum this year, new technologies will allow more people “to earn real money using intellectual property institutions.”

He also talked about tech that would be developed in order to protect IP, describing projects similar to what Microsoft is currently working on.

“Currently, works of authorship are analyzed by humans, but as artificial intelligence technologies become more and more sophisticated, they can at one point analyze texts just like humans, making AI expert evaluation possible.”

Big Data is the “new oil” of the digital economy, according to speakers at Russia’s 2017 SPIEF economic forum.

In order to prevent uncontrolled sales of this valuable and important info, the government should streamline and oversee it, according to the participants.

The chips haven’t yet settled in the global understanding of how we should treat Big Data. Is it private information or public domain? is one of the most pressing questions around which laws and regulations will be made.

“Right now we are undergoing a major revolutionary upheaval in the society,” noted residential aide Igor Shchegolev, “not only a technological revolution, but a revolution of moral standards as well.” He said that sometimes ordinary citizens don’t understand what they’re doing, and inadvertently give away too easily things like personal information.

“Maybe some of the users will do what Native Americans did, when they traded their land for glass beads, unaware of its true value,” he added.

“Today, a vast amount of Internet companies offer software for free, but collect Big Data on users in return,” commented Alexander Zharov, the head of Russia’s communications watchdog Roskomnadzor. “Currently, the Russian legislation and international laws do not mention the notion of Big Data. We need to codify approaches toward the processing of Big Data, terms of its storage, transfer and secondary use.”

“My forecast is that a law on the issue will inevitably appear,” maybe in 2018 or 2019, he told reporters on the sidelines of the forum.

This year’s meeting, taking place in Chantilly, Virginia, near the White House, includes the following topics: ‘Russia in the international order,’ China, ‘The Trans-Atlantic defence alliance: bullets, bytes and bucks,’ ‘The war on information,’ ‘Direction of the EU’ and ‘Why is populism growing?’

It’s the 65th meeting of the secretive group. Kissinger, Thiel, and upper level staff of news organizations like Bloomberg, The Economist, The Financial Times, The Wall Street Journal, Italian newspaper Corriere della Sera and the London Evening Standard will also be among the 130 so far confirmed.

20,000 “subjects of interest” posing “residual risk” plus 3,000 judged to be a threat and currently under investigation or active monitoring. That’s the most recent piece of information given by UK’s security services.

Authorities had previously reported to the public a figure of 3,000.

The new information was released following the Manchester bombing, which security services said they were expecting and were just not able to prevent because “you can’t stop them all.”