Microsoft issued a large Windows update days after the WannaCry malware pandemic infected thousands of computers and led to a huge wave of Windows users updating their OSs to close the SMBv1 exploit left open by Windows until March when a leak of NSA intel made the vulnerability, as well as the NSAs exploit tool, public.

The update was unusually large, taking over an hour on some computers.

Most noticeable changes after the update: Microsoft adds a mail icon to the toolbar (currently, more people use Google for mail); OneDrive is added to the tools menu; Windows Defender Security Center also added to toolbar. In “Apps & Features,” Microsoft OneConnect (paid Wi-Fi cellular) is added.” Techies have recommended the removal of OneConnect, which has been part of Windows “Pre-Installed Apps” for a while.

It also “installs” apps that you already have installed, so it is more difficult to find what things Microsoft actually added when you update. However, Windows installed a lot of new apps (their own) in this update.

Microsoft removed the option to set the program to open types of files with. Now, it only opens automatically with Windows new file viewing apps. (This can be corrected by going to “Default Apps” in Start Menu and selecting apps for media types.)

The WannaCry virus that shut down the UK health system this week is still making its rounds. It has now reached 150 countries and is continuing to spread.

It is expected that the hackers behind the ransomware will update it Monday, so it will be even more dangerous.

Computer security experts say that everyone should update their Windows OS, and back up all their data, because the virus is one that doesn’t even need computer users to click anything; it is making its way around the internet searching for Windows that aren’t updated. There is a known vulnerability in Windows that was exposed by an FBI data leak earlier this year. It seems hackers have based WannaCry on this known Windows vulnerability.

When a computer gets infected, all the data on it is encrypted and the owner no longer can access their files until they pay $300 in Bitcoin. 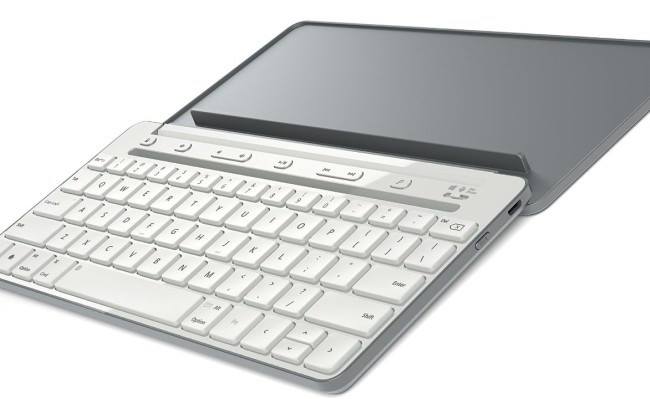 Microsoft’new universal keyboard offering is a well-built, slightly-smaller keyboard that can switch between operating systems at the touch of a button.

The keyboard will work with almost any phone or tablet, compatible with Windows, Android and IOS operating systems.

Users can rest their device in the stand, creating a layout similar to that of a laptop. The stand is attached to the top of the clamshell, so when it is detached, the screen can be moved further away.

When opening up the keyboard on a device, the device will ask for a 6-digit password before allowing access.

The keyboard is powered by a built-in mAH battery, which Microsoft says will last for around 6 months on a charge.

The keypad area, at 9.25 inches (23 cm) wide, is roughly the size of the keyboards found on smaller laptops. The size may not be suitable for people who struggle with this size of keypad, but for those who don’t mind the small dimensions, the key-action has received positive reviews.

The keyboard originally retailed for around $80.00, which puts it at the same price point of many of its competitors, but recently it has been listed for around $40.00.

Some costs cut down on other costs, as any businessperson knows.

Microsoft’s focus on cloud computing — after its recent failed purchase of Finish multinational communications and information technology company Nokia — is showing proof of smart business, according to analysts who point to findings that chief information officers are already using or are planning to use Microsoft’s cloud.

Not only are business people going to invest in Microsoft’s cloud, they are going to do it despite thinking that they will end up spending more with Microsoft over time. Fifty-seven percent of CIOs who were using or planned to use services like Azure and Office 365 said they thought they would spend MORE with Microsoft in a recent poll. Only 16 percent thought they’d end up paying less to Microsoft.

Using cloud services is widely considered to be a way for businesses to cut down on other costs — for example, hardware and IT staff — although results are far from uniform.

Microsoft thinks that it will make almost double its returns by providing cloud services to customers compared with what the company would make selling software as it did in years past.

This is in part due to the ongoing nature of cloud service provision– the lifetime customer value in a budding industry projected to be worth $150 billion when it ripens. According to Morgan Stanley’s Keith Weiss, current evidence supports Microsoft’s calculations of a 1.2-1.8X increase in customer value — a future that sounds more sunny than cloudy.